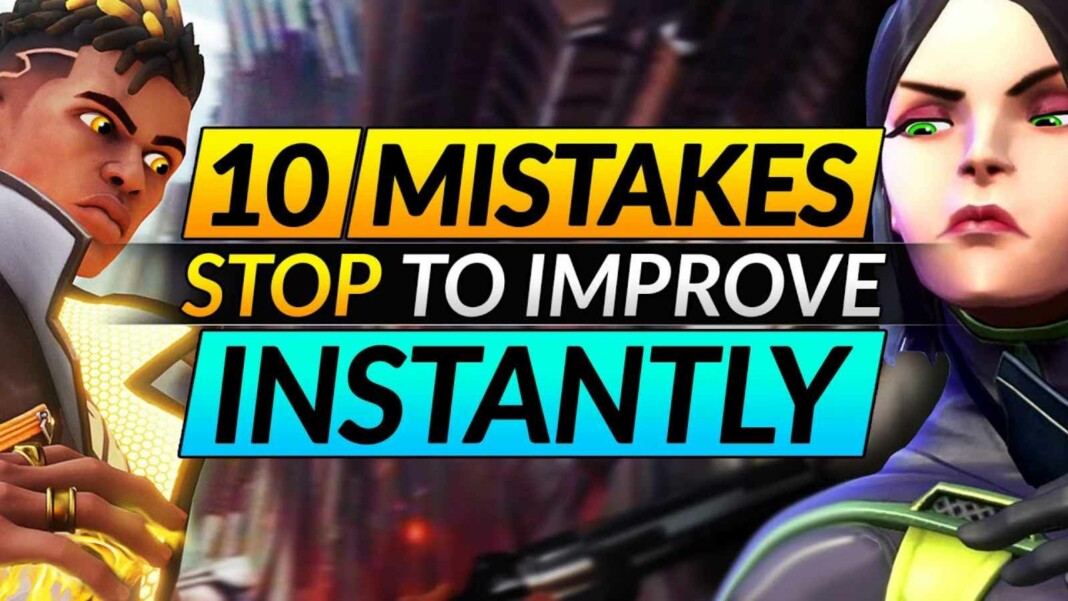 10 common mistakes in Valorant: Valorant is Riot Games’ 5v5 Competitive shooter that is taking the eSports world by storm, and some Valorant tips for beginners would definitely come in handy. Valorant lets its players pick from a wide range of variety from a roster of 15 unique agents to play in 6 different maps.

Each agent is unique in its own ways and has a range of abilities for players to explore. The gameplay of each individual amalgamed with particular agent traits is what makes the game enjoyable. The article lists 10 Valorant mistakes you should avoid as beginners so that you can give your best on the battlefields.

Players should avoid run and gun at any cost because it messes with the recoil as well as the aim of the player in the game because Valorant works with standing accuracy.

2. Reload after every few shots

Players should avoid this rash decision to avoid getting killed by surrounding enemies and getting involves in a reload position.

3. Smoking the wrong parts of map

Players should avoid smoking the wrong parts of the map and choose not to smoke at all because wrong smokes put your own team at disadvantage.

Players should avoid planting the spike in the default position of the map to avoid retake lineups from the enemy team.

Players should avoid using abilities frequently without the need to avoid getting killed while having an ability in hand.

Although flanking is a good game strategy, players should avoid flanking frequently without the need to avoid getting killed by aware enemies.

Players should avoid camping in order to help their teammates in battle as well as to avoid peeker’s advantage.

Players should avoid choosing ADS for every shot because it messes with the recoil as well as the aim of the player in the game.

9. Looking towards the ground

Players should avoid looking towards the ground and keep a steady aim at the head level to secure a kill in a sudden attack.

Players should avoid taking orbs and die in a helpless situation without any cover. Orbs should be taken only when there’s an ally to guard you.