by Niyati
in Featured, Shooting 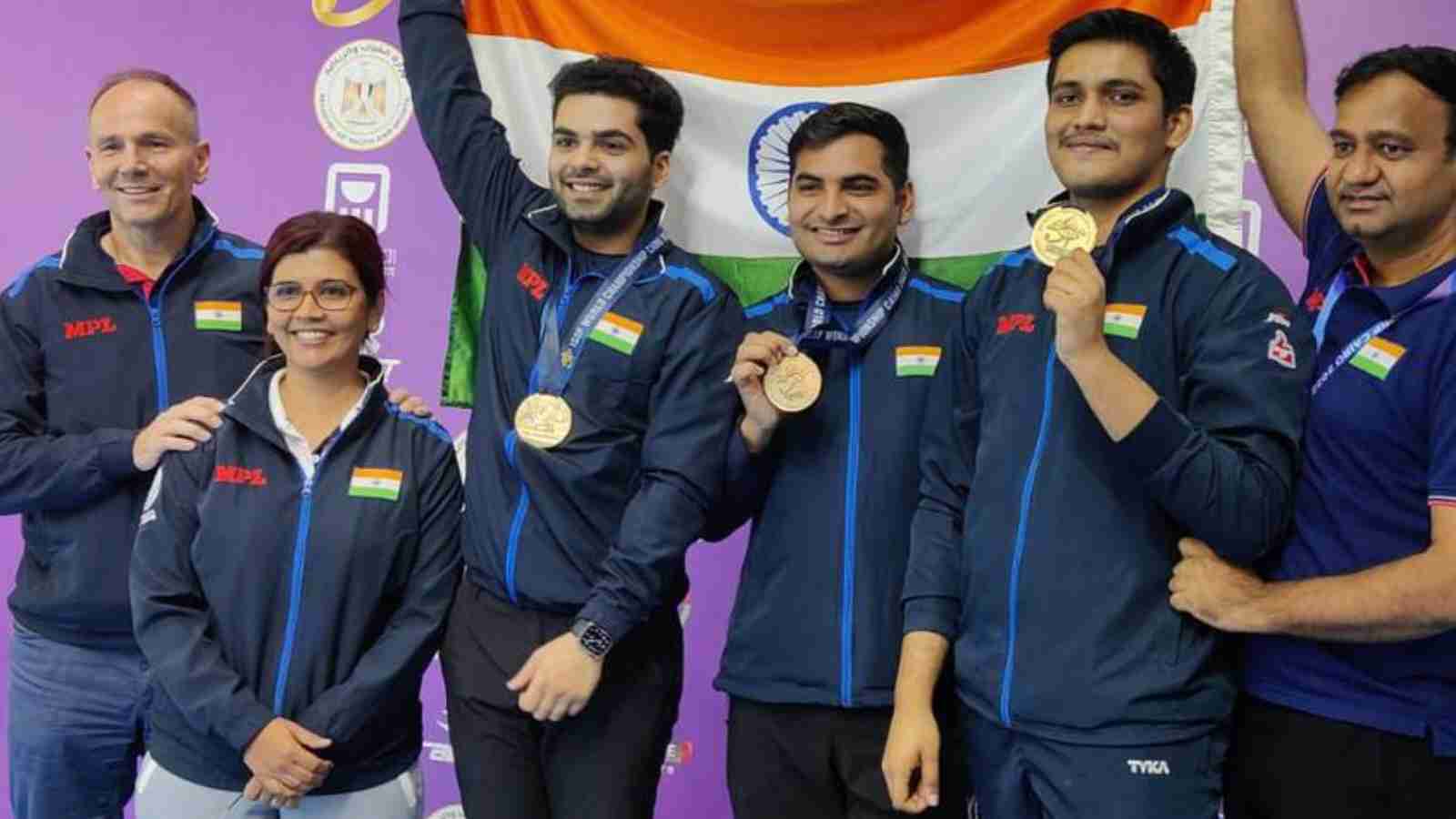 The 2022 performance was not very different from the 2018 World Championships. In 2018, as now, a large proportion of India’s medals were from Junior and Team events.

There has been no major progress in the most important aspect of the Worlds: winning early quota places for the next Olympics. The country won two quotas (by Anjum Moudgil and Apurvi Chandela) in 2018; there was a slight upgrade to three (by Bhowneesh Mendiratta, Rudrankksh Patil and Swapnil Kusale) in 2022.

At Cairo the top nation China won 58 medals and 27 golds and all eight possible quotas in rifle/pistol events; South Korea finished 5th in the medal table but won five quotas. Even a nation like Pakistan, which qualified through Universality entries till Rio 2016, managed to win two quotas.

India has made a lot of strides in Junior events over the last four years but the Senior performances show only incremental improvements from last year’s Tokyo Olympics debacle.

Indian shooting team at the World Championships: So close yet so far

The Indian performance in Olympic events at Cairo (with the exception of Rudranksh Balasaheb Patil) can be called an underachievement considering all the Government investments (under TOPS or Khelo India etc.) and private initiatives. Uncharitably, it can be described as ‘choking’.

At Tokyo shooters such as Abhishek Verma, Manu Bhaker and Aishwary Pratap Singh Tomar were undone by a single poor qualification series, typically the last or second-last one. Saurabh Chaudhary, the only finalist, suffered an uncharacteristic meltdown in the finals just like Jitu Rai at Rio 2016 and Abhishek Verma at the 2018 Worlds.

At the 2022 World Championships we saw the following:

Barring Rudrankksh Patil (and Swapnil and Anjum to a lesser extent), there wasn’t a huge difference in the patterns we saw at the Tokyo Olympics and over here.

There had been a coaching overhaul in the aftermath of the Tokyo Games but so far the results in Senior Olympic events have not shown a significant improvement since last year.

In a media interaction after winning the World Championship gold, Rudrankksh mentioned consulting a psychologist after going through a rough patch in previous seasons. To what extent the rest of the contingent takes mental health training is unknown but perhaps now it’s time for the NRAI make qualified sports psychologists an official part of the coaching squad.

In contrast to the Seniors, the Junior contingent returned with a bagful of medals and posted terrific scores. Some notable highlights:

Now it’s up to the coaches to ensure the Juniors can repeat such performances when the stakes are actually high at the Senior level. India had a number of Junior medalists in the 2018 Worlds too but many did not make it to the Indian Senior squad for Cairo 2022.

Overall the 2022 ISSF World Championships were characterized by a lack of clutch performances by Indian shooters. It’s amply clear that the shooters do not lack in skills but there is something missing in their preparation for big competitions where major medals and mainstream recognition are on the line.

The Indians will get a number of Olympic qualification chances in 2023 when the World Championships will again be held along with the Asian Championships. The Asian Games will also be held in 2023 after their postponement from 2022.

The shooters, coaching staff and NRAI will have to soon have to identify and rectify the mistakes of the 2022 Worlds. Indian shooting cannot afford another Rio and Tokyo-like showing at Paris 2024.