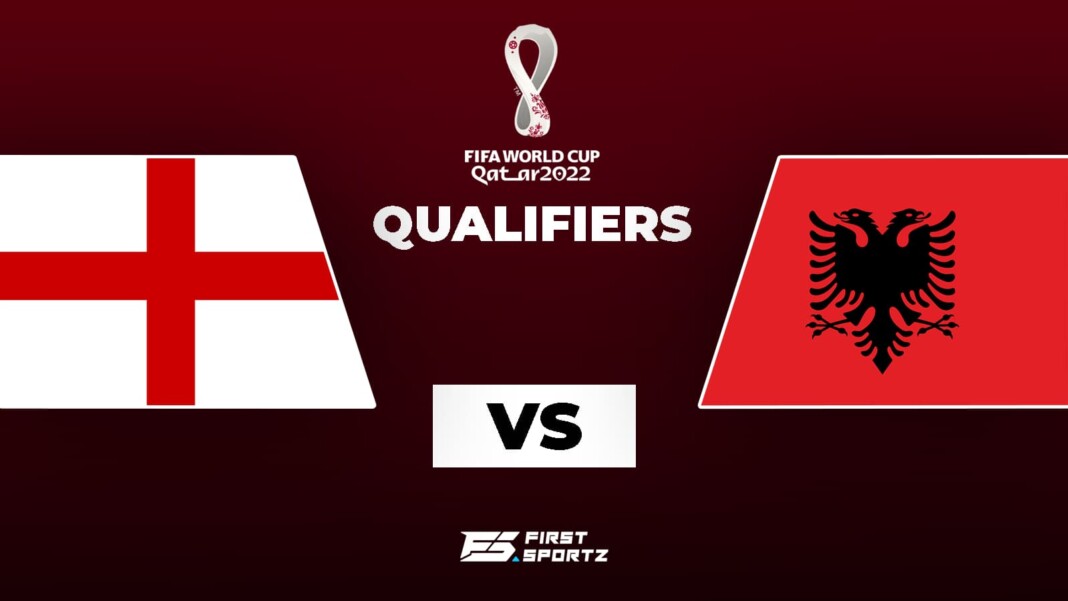 England played one dominant game of football against Albania at their home turf in Wembley Stadium. It was a happy day for the England fans to witness a remarkable win for their country at their home venue.

Maguire’s running in header gave the dream start to the home side with a 1-0 lead in the 9th minute of the match. That was followed by a brilliant header in the bottom left by captain Harry Kane, courtesy of Henderson’s assist. Kane returns the favour by assisting Jordan Henderson who then triples the lead with a delicate finish into the bottom right corner of the net.

Later, Sterling provided a brilliant assist to the England captain which Kane smashed home from a tight-ish angle to complete his brace. Harry Kane ensured to make it a night to remember as he powered a bicycle kick home from close range to complete a 5-0 dramatic first-half.

The match went pretty smooth there on and handed England a very comfortable win at home helping them remain at the top of their group leaderboard with seven wins out of nine games. As for Albania, they stay third with five wins.

Here are the player ratings for the encounter :-

Jordan Pickford (GK) (7.8/10) : It has been a brilliant outing at home for the English side as Pickford managed to save all that was thrown at him in the match and he rightfully earned his clean sheet.

Kyle Walker (6.9/10) : Walker had a pretty decent and a rather quite game as he wasn’t too involved like he always is. He did actually send in a few accurate long balls to help keep the ball moving around but his performance surely was on a lower level.

John Stones (7.1/10) : Stones had a brilliant game for England. He wasn’t hesitant to take on the aerial duels and he won all of them. He himself had a shy at goal but was off target on attempt. He also had a 95% passing accuracy.

Harry Maguire (8.4/10) : Maguire gave the dream start to the Three Lions in the 9th minute of the game. James curled a gorgeous ball in the mixer. Maguire made a brilliantly timed run from the deep and met with the dropping ball which he headed across Strakosha and finished it into the right-hand side of the net to make it 1-0.

Reece James (8/10) : The Chelsea player curled a gorgeous ball in the mixer which was found by Maguire who headed across Strakosha to bring the lead to his team. Apart from that, he created a couple of big chances while also doing an excellent job at ground duels.

Jordan Henderson (8.3/10) : Henderson scores a delightful goal in the 28th minute to triple the lead. He picks the ball in the central position and dribbles it towards the box. He does a one-two with Kane to his right, takes a touch to his left, then settles a delicate dink across Strakosha and into the bottom right to make it 3-0.

Kalvin Phillips (6.3/10) : Just the 64 minutes for Kalvin Phillips as he barely has an impactful performance for his team. He looses possession quite a few times but he failed to even remotely win at ground duel challenges he makes.

Ben Chilwell (6.7/10) : Chilwell provided a brilliant performance, however, he failed to keep the control over the ball. As and when the ball came in, he kept losing possession and it became problematic.

Phil Foden (7.8/10) : Foden provided a wonderful ball in which was met with Harry Kane’s bicycle kick which helps him complete his hattrick. He himself had an attempt at goal but was off target.

Harry Kane (10/10) : The England captain got an easy ball by Henderson to which he planted a header in the bottom left to double the lead. Later, Sterling provided a brilliant assist to the captain which Kane smashed home from a tight-ish angle to complete his brace. He made it a night to remember as he powered a bicycle kick home from close range. It was right peg, so that’s a perfect hat-trick.

Raheem Sterling (7.4/10) : Sterling provided a brilliant assist to the captain which Kane smashed home from a tight-ish angle to complete his brace. Sterling wasn’t too afraid of taking on the big guys to win the ball and he did that with excellence.

Jack Grealish (6.6/10) : Grealish did a fantastic job for his short stint he had on the pitch. He did really well with dribbles and later won a good set of ground duels to help contribute to his team’s success.

Thomas Strakosha (GK) (5.4/10) : It was the worst possible game for Thomas Strakosha as he let past as many as five goals which was just as humiliating as it gets. He couldn’t co-ordinate well with the defense and hence a 5-0 thrashing was more hurtful.

Ardian Ismajli (5.7/10) : Ismajli made some really good clearences and interceptions but wasn’t enough to control the England forwards coming at them in thirst of one goal after the other.

Marash Kumbulla (6.1/10) : In an unfortunate manner, Marash Kumbulla walked off the pitch after facing an injury in the 17th minute of the first-half of the game.

Frédéric Veseli (6.1/10) : Veseli did give his all in to try and stop the massacre at Wembley Stadium. However, he himself was involved in a duel against Harry Kane, which the captain fought hard and won by scoring a goal from a tight angle.

Elseid Hysaj (6.2/10) : The captain wasn’t able to contribute to the match after the thrashing they faced. He failed to set an example for his other teammates which lead into the downfall of the match.

Klaus Gjasula (6/10) : Klaus had the worst possible games ever. He barely seemed confidence after being 5-0 down in the first-half. In his quest to keep winning the ball for his side, he kept on losing possession.

Keidi Bare (6.4/10) : Keidi Bare was the first player to walk off the pitch in today’s game after suffering an injury during gameplay. He unfortunately couldn’t perform for his side henceforth and had to be substituted.

Lorenc Trashi (5.9/10) : It seemed to the others that Trashi didn’t belong on the pitch for Albania. He barely made any touches nor passed the ball around. He really seemed to be impacting the side in no possible way and hence was substituted after a bad first-half.

Myrto Uzuni (6.3/10) : Uzuni had a wonderful chance to pull one back in for Albania but while attempting at goal, he failed to convert and was denied the opportunity by Pickford. Apart from that, he had a below average game.

Sokol Cikalleshi (6.8/10) : Sokol did dribble well and also had two really good attempts on target. However, he failed to convert those as he was denied the opportunity by the keeper. He was one player with no hesitation to challenge ground duels and he did it successfully.

Nedim Bajrami (6.3/10) : Bajrami had a pretty average game to being with. With no impactful performances or no coordination in the first-half, led him to being substituted right after 45 minutes.

Qazim Laci (7/10) : Laci was brilliant at defending the ball. He made a couple of valuable interceptions followed by some back to back ground duel wins while being really good with dribbling. He had a passing accuracy of 98% and one of his attempts at goal were on target but denied by the keeper.

Kastriot Dermaku (6.1/10) : Some really good clearences while winning some good interceptions in the entire match. However, he wasn’t providing with any impactful performances.

YIlber Ramadani (6.7/10) : Ramadani seemed to be really quick on his feet after the substitution as he won three good tackles while also doing really good with dribbling.

ALSO READ | Which team has the worst disciplinary record in Indian Super League?