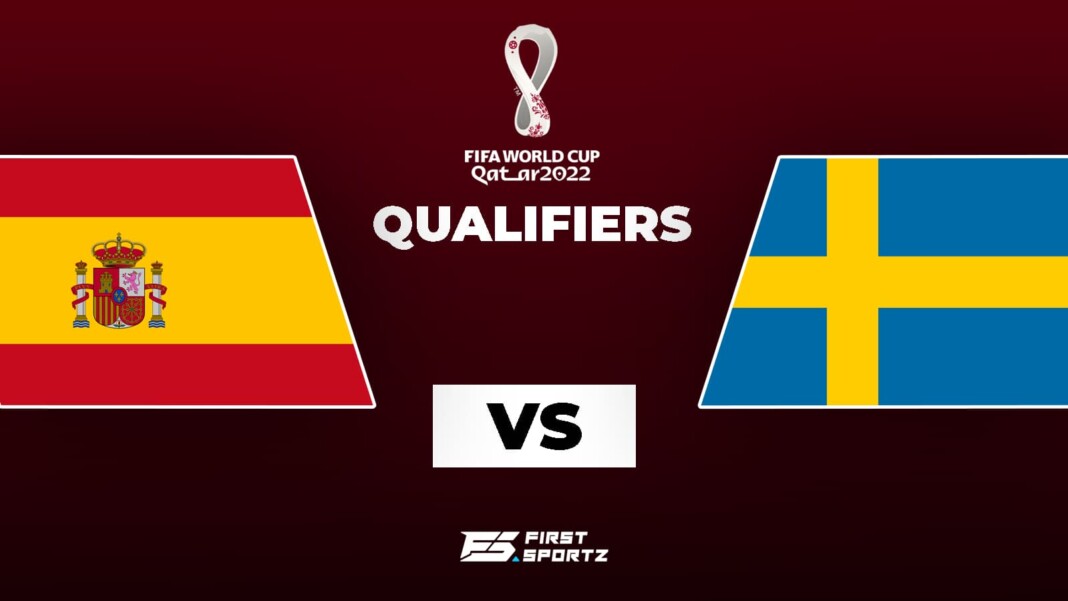 Estadio La Cartuja witnessed some heartwarming scenes of celebration as Spain managed to pick up a crucial win which helped them qualify for the big event, 2022 Fifa World Cup.

With bagging 19 points in their pocket courtesy of six wins and a draw out of eight games, Spain have managed to secure their seat in the main event.

The match was pretty smooth and there wasn’t too much of attempts at goal which were a threat to either of the teams. However, Alavaro Morata’s magnificent finish in the back of the net, minutes before full-time ensured an easy 1-0 win and a comfortable and we’ll deserved entry to the World Cup.

Here are the player ratings for the encounter between Spain and sweden:

Unai Simón (GK) (6.9/10) : There wasn’t much to do for Unai Simón as he barely had any attempts coming at him. He had a standard game which earned him his cleansheet.

César Azpilicueta (6.7/10) : Cesar had a pretty decent run in the defence and he contributed as and when the situation demanded. He failed at winning the ground or Aerial duels but he had a brilliant passing accuracy of 93%. He kept the ball moving and running with him all the time and did an exceptional job at it.

Aymeric Laporte (7.7/10) : Laporte did a brilliant job in defence. He made as many as five crucial saves followed by two crucial interceptions. He is known for passing the ball around quite well and he did a phenomenal job at keeping the ball moving and accurately passing the ball.

Pau Torres (7.6/10) : Pau was really good with interceptions and also did a good job at clearing the ball away from the box. However, he did a commendable job at passing the ball around well with quite good accuracy.

Jordi Alba (7.1/10) : Alba had one attempt at goal but he couldn’t manage to be on target. Although, he did struggle controlling the ball as he lost possession on as many as 22 occasions.

Gavi (7.2/10) : Gavi didn’t hesitate in taking on the big boys for winning ground duels and surprisingly did well. He manged to win ten out of the fifteen attempts he had while he did pass around the ball well.

Sergio Busquets (6.9/10) : Busquets had a decent game overall. The captain of Spain just decided to keep the ball moving and win the ball at any cost. He beat the other players for skills to win some duels under his name.

Carlos Soler (6.2/10) : Not the best possible game for Carlos. He lost a possession on way too many occasions and just seemed to be lacking of confidence.

Pablo Sarabia (6.8/10) : Just the 59 minutes of gameplay for Pablo Sarabia. He had a shy at goal but was way off target. He massively failed to make the accurate crosses followed with possession being lost on 20 occasions.

Raúl de Tomás (6.9/10) : Raul de Tomás did have a pretty average game overall. He had a shy at goal but while attempting to try, he went off target. He did a real good job at winning the match-up.

Dani Olmo (7.2/10) : Dani had a brilliant shot at goal but he was denied opportunity by the keeper. He did a fine joh at winning ground duels but failed to contain the lost posession.

Álvaro Morata (7/10) : Morata walked in and did a brilliant job at scoring the opening and only goal in the 86th minute of the match. His Laurel helped his side win a stress forward towards.

Robin Olsen (GK) (6.7/10) : Despite of saving some really good balls in the box, Robin gave alway their only chance at the final Qualifier game. He let past a late goal that surely made a lot of people found the right game for my team.

Emil Krafth (6.4/10) : An overall decent game for Emil. He failed to impact against Spain and thus did let go a ball past him. He also made some valuable clearances to help the side do better.

Victor Lindelöf (7.5/10) : Ths captain did a commendable job at setting a huge example for the orhers. He made as many as seven really good clearances followed with almost winning every ground duels that came his way.

Joakim Nilsson (7.1/10) : Joakim seemed to be very quick and flexible with his feet and thus managed to win some really good tackles and interceptions which. He did talk about you about work

Ludwig Augustinsson (6.8/10) : Ludwig made as many five really good clearences. Ludwig doesn’t have too much experience with this but he did do a poor job at controlling the ball. He kept losing possession.

Viktor Claesson (6.2/10) : A very poor game performance by Viktor Claesson. Indeed would’ve thought of you as the really good. He also kept on losing the ball in the 38th minute. Regardless, next stop Bangalore.

Kristoffer Olsson (6.5/10) : Olsson did a tremendous job at keeping the ball moving. He won three ground duels of the ten he challenged to the other players. He seems to be really quick with his feet as he won quite a few tackles and interceptions.

Albin Ekdal (7.3/10) : Albin was known to create big chances on the field. He was marginally successful with his attempt to win ground duels. However, Albin contributed well with his passing to keep Sweden in contention against Spain.

Emil Forsberg (6.6/10) : Just the 63 minutes of Emil Forsberg. The meeting gets down in him missing out on a big goal scoring opportunity which was on his way. Emil had two attempts at goal which was comfortable for either of the teams as there’s no other option.

Dejan Kulusevski (6.6/10) : In his short span of time, Dejan has managed to spread that energy to do the unthinkable. He wasn’t hesitant at putting in the efforts to win a ground or an aerial duel. However ,he didn’t have too many attempts at goal.

Alexander Isak (6.8/10) : Alexander Isak failed to create goal scoring opportunities and made it interesting by him winning a fair few ground duels after. He did have a shy at goal but was way off target on effort.