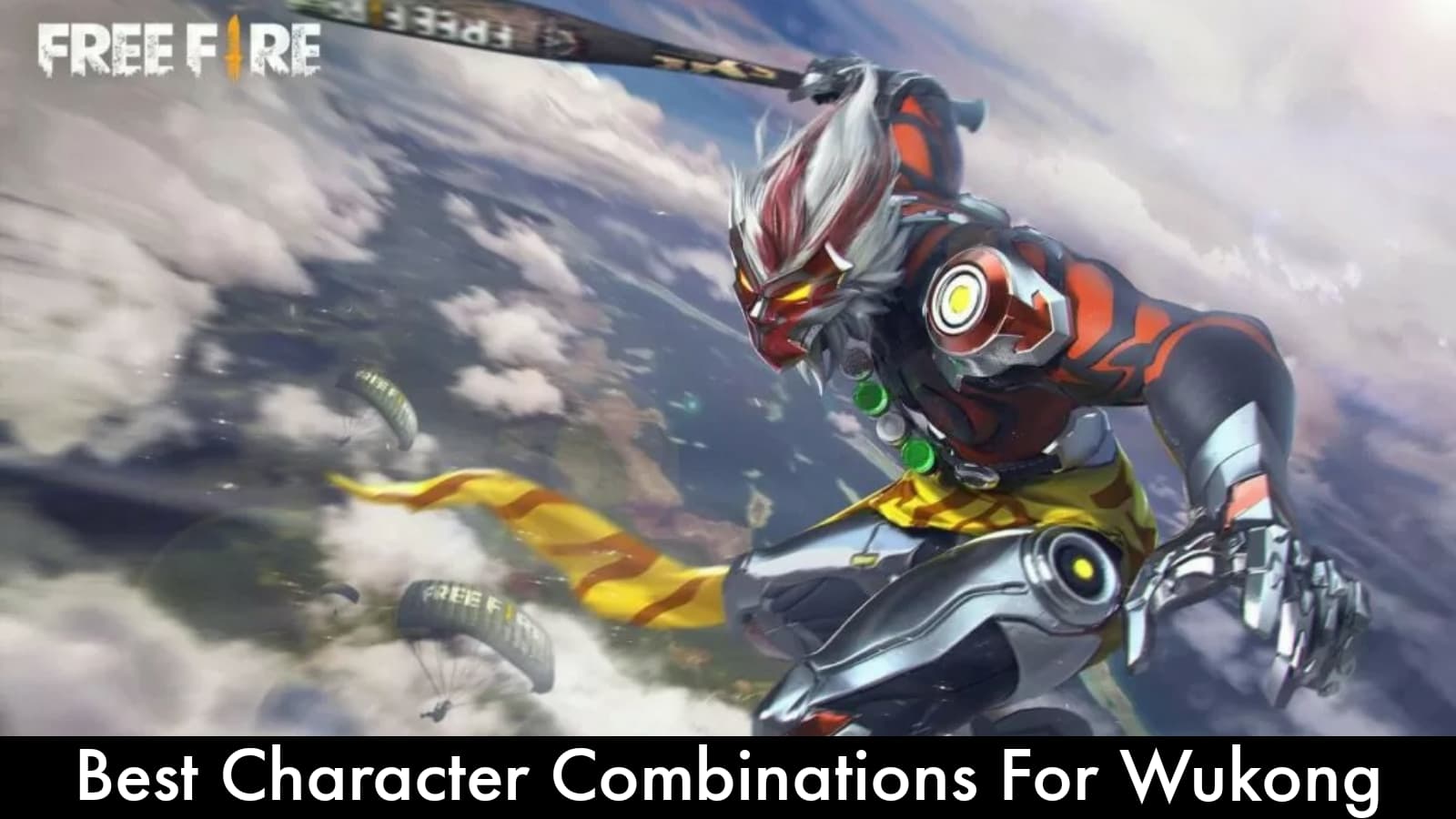 Wukong comes in the top 5 spots when it comes to best Free Fire characters. In this article, we will look at the best character combinations for Chrono in Free Fire.

Wukong is an active ability character in Free Fire, a fast-paced BR title with unique features. If you follow official Garena tournaments of Free Fire, you would have come across wukong’s utmost usage most of the time. You will get to see Wukong probably, in each team. Wukong will make your body invincible for a while, by turning into a bush. There is no other ability for this character unless the transformation of the bush.

It should be noted that Wukong is an aggressive gameplay character. If you use to combine some good passive ability characters, then you would become inevitable..XD. Jokes apart, You cannot get the most out of Wulkong’s ability. Because the ability cannot be reactivated if you do not knock or kill an opponent while it is in the active mode. If you fail to knock down an enemy, you have to wait 200 seconds to use the skill again.

Assessing Wukongs’ ability in the game

At its maximum level (level 6), the time period of transformation of a player into a bush increases to 15 seconds with a much lesser cooldown period of 200 seconds. If you fail to take down the enemy, you have to wait for 200 seconds to reactive the skill. However, You can combine Wukong’s ability with the following abilities to make it the best ability.

Wukong cannot restore HP like Alok, A124. As Wukong doesn’t have healing ability and he has no other advantages rather than turning into a bush, it is best to have a healing character in the combination. Maxim cannot provide any health restoration, but, he can inject a medkit at a faster level. You can use medkits while the Wukong ability is in active mode. You can use a total of 5 medkits while you are in the form of a bush. Maxim is the best character combination for Wukong

Joseph’s ability can be combined with Wukong and it makes the best choice in the combination for Wukong. Joseph with Wukong is one of the best choices to use in Free Fire Clash Squad. Alternatively, you can choose Elite Kelly character instead of joseph which functions as same as Joseph.

Hayato‘s skill or ability can increase damage when you hit enemies using the Wukong one. The damage dealt will be higher and thus the enemy will get knocked in a few hits. Hence Hayato is one of the best character combinations with Wukong.

As you all know, the character which increases your movement is a must in every combination since the game is completely fast-paced. Joseph character is such a character and that increases your sprinting speed and the sprint speed increases by 10% when damage is taken.

Coming to D-bee, The character’s ability will increase the movement speed by 5% along with accuracy by 10%. This makes the best character for aggressive gameplay. You can surprise the enemy, even more at a higher level, just by showing up in front of him suddenly from the bush form. This can be done at a quick speed and you can hit and connect sho accurately with D-bee’s addition. Jai’ Raging reload ability helps with aggressive gameplay. It reloads 45% of the gun’s maximum magazine capacity after every knockdown. It is limited to only AR, Pistol, SMG, SG.

Shirou’s Damage Delivered tags them for 6 seconds. The first shot at the target has a 100% boosted armour penetration, and its cooldown is 20 seconds. So, Shirou is not such a character that you should neglect or not include. Shirou can help you finding enemies and can assist you in taking them down with only a few shots.

Steffie will create graffiti that will protect you from the enemy’s shots and it helps in reducing the damage by 15% and bullet damage by 5%. Thus, it is a must character to have in this combination. Laura was recently buffed with the Free Fire OB28 update. Now, players’ accuracy increases by 35% when scoped in.

Also Read: How to get the Winning Spirit Bundle in Free Fire Faded Wheel?