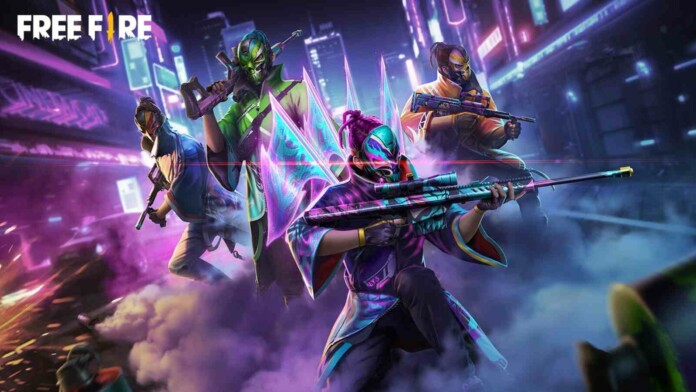 The CS ranked mode is the most popular mode in Free Fire after the traditional BR mode. The title has recently introduced a new CS ranked season 10 with new rewards and the chance for players to earn glory and rise to higher ranks.

To raise and increase their rank players need to choose their characters wisely as after the OB1 update many popular characters got their skills either buffed or nerfed. Let’s take a look at the top 5 best characters in Free Fire for clash squad ranked season 10.

Wukong’s ‘Camouflage‘ has received a significant buff in the OB27 update. It can transform the players into a bush for 10 seconds and has a cooldown of 250 seconds at the base level.

With each kill, the cooldown duration will reset. The skill has been nerfed in the latest OB30 update reducing the movement speed by 40% when players are using the skill.

Dimitri is introduced to the characters roster in Free Fire with the OB29 patch update. According to his in-game description, he is a sound tech engineer who loves action movies. He has an active ability called ‘Healing Heartbeat‘.

At its base level (level 1) his ability creates an aura of 3.5m around him that act as a healing zone. Inside that aura, both the user and allies recover 3 HP/s. Also when downed users and allies can self-recover to get up all the effects last for 10 seconds and come with a cooldown time of 85 seconds.

Skyler is a popular character with an active ability called Riptide Rythm. His ability can be a disaster if used correctly, as he can destroy gloo walls of enemies. His ability releases a sonic wave that destroys 5 gloo walls within a 50-meter range with a 60 second CD period.

Moreover, when a gloo wall is deployed by Skyler, he starts healing himself starting from 4 points. The range is increased to 100 meters and the CD period is down to 40 seconds at the max level.

DJ Alok is the most popular character in the Free Fire roster. His in-game ability “Drop the Beat” is one of the most versatile abilities as well. This ability creates a 5-meter zone around him which increases the movement speed of allies by 15%. Moreover, this ability heals the player and allies inside the zone for 5HP/sec for 10 seconds. This is a great ability and also has a short cooldown time.

The cooldown mode switch is only 3 seconds long as it was reduced in the new OB28 update. K can recover 2 EP for every two seconds and up to 150 EPs in the Psychological mode at the highest level. This is the list of the top 5 best characters in Free Fire for Clash Squad mode season 10.

How To Get FFWS Beanie Pet Skin For Free In Free Fire World Series 2022 Event?