Garena Free Fire is one of the most popular titles in the battle royale genre offering players a huge roster of characters to choose from. Here in this article, we will take a look at a list of the top 5 best Free Fire characters with active abilities for October 2021.

Skyler is a CEO and superstar with an active ability termed as ‘Riptide Rhythm‘. At its default level, this ability unleashes a sonic wave that can damage 5 gloo walls within 50m. Each gloo wall deployed will also result in an increase in HP recovery, beginning with 4 health points (HP).

This ability comes with a cooldown of sixty seconds. It makes it a useful character in both BR mode as well as Clash Squad mode placing him on the fifth spot of this list of top 5 best characters in Free Fire with active abilities for October 2021.

Chrono is the most popular character in Free Fire. He has an ability called ‘Time Turner‘ that creates a force field that blocks 600-incoming damage from enemies. Allies and the players can take shelter inside the zone and even shoot from inside it.

But unfortunately, this skill will be nerfed in the recently introduced OB30 patch update by increasing the cooldown time by 10 seconds and decreasing the skill usage time by 0.5 seconds. Chrono’s ability ‘Time Turner’ deserved a higher spot on this list of top 5 best Free Fire characters with active abilities for October 2021.

Captain Booyah or K is always one of the best choices to ever take into the battlefield. He has an active ability ‘Master Of All‘ with two skill modes in which, the active skill ‘Jiu-Jitsu Mode‘ grants the allies within a 6m radius to get a 500% increase in the EP conversion rate.

The other half of the ability ‘Psychology Mode‘ restores 2 EP every 3 seconds and once the bar reaches a total of 100 EP, the active skill can be used.

The skill has been nerfed in the latest OB30 update reducing the movement speed by 40% when players are using the skill. The nerf is the only reason placing Wukong on the second spot on this list of the top 5 best Free Fire characters with active abilities for October 2021.

DJ Alok is based on a real-life DJ and has some interesting set of abilities that can make you invincible if you use him precisely. His active ability is known as Drop the Beat in which he surrounds himself with an aura that increases the ally speed by 10% and also restores 5 HP per second for a total duration of 5 seconds.

The ability can be maxed up to last for a maximum of 10 seconds. This is the list of top 5 best characters in Free Fire with active abilities for October 2021 which you can choose from. 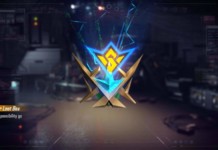 How To Get Haven Warrior Lootbox In Free Fire MAX Champion Training Event For May 2022? 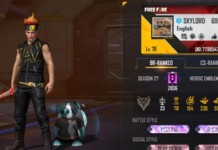 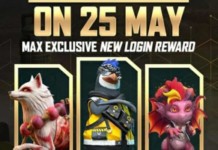 How To Get Free Pet In Free Fire MAX Exclusive Login Rewards Event For May 2022? 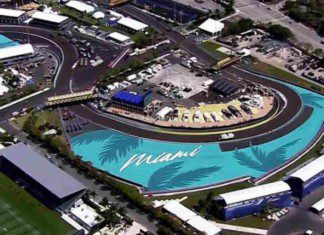 Riddhi Mondal - May 10, 2022
Formula 1 has always been a sort of gilded sport. Since ages ago, F1 has been considered as a closed-off event for only the...