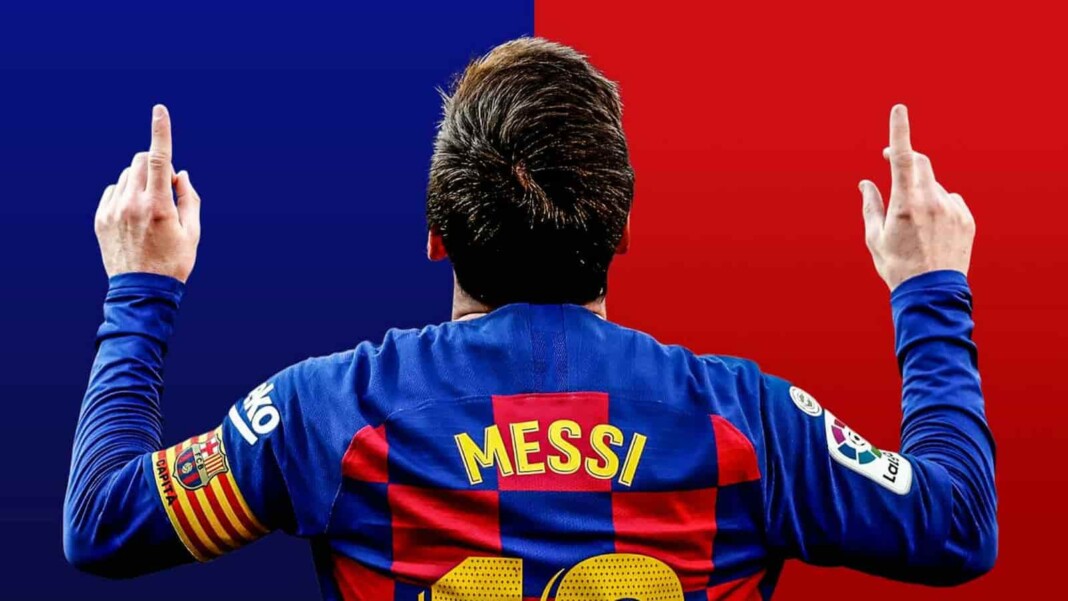 Lionel Messi is one of the greatest football players of our generation, he is a beloved figure with love and support from his fans and the football community as a whole. Through his two decades in his football career, he has inspired countless people around the world.

Messi has 200 million followers on Instagram and is one of the most followed athletes, next to Cristiano Ronaldo. He is considered a legend for his club, through the years he has won many titles for his club and has carried the club to this level.

Being such a prominent figure, he is looked up to by many top football players around the world.

The 20-year old star is an avid follower of Messi and idolizes the Argentine. Born to Ghanian refugee parents in Canada, Davies was scouted by European giants Bayern. The youngster played an important role in helping his team win the Champions League last year.

Growing up as a young football star Davies has been heavily influenced and inspired by Messi and remembers all the times he gets the share the field with his idol.

“It was amazing, and now being able to play in the Champions League, against one of my favourite players in the world, it’s incredible. Honestly, I’m lost for words – a dream come true.”

Another memorable moment for the youngster was in the Champions League when he was fouled by Messi and Messi helped him up. Alphonso cherishes that moment and even has a picture framed in his house.

Frenkie de Jong considers Lionel Messi to be “still the best player by far” at Barcelona and hopes they would continue playing together in the future. Like most of his teammates, de Jong has so many things to talk about Messi, saying, “Messi has been the best in the world for 15 years. He was the best when I was a 12-year-old.”

Before his move to Camp Nou, De Jong said that Messi was the reason he decided to join Barcelona.

“Messi is one of the reasons why I moved to Barcelona. Messi has been the best in the world for 15 years. He was the best when I was a 12-year-old…… I have admired Messi since my childhood. It’s special to be on the pitch with him. Sometimes he does a few things…and then you also enjoy yourself on the pitch.”

De Jong and Messi have a great relationship on and off the pitch which he would hope to continue in the 2021-22 season as well.

The Brazilian superstar has a great friendship with Messi, through his years at Barcelona the two formed a thick bond. Neymar, Messi and Suarez were the lethal attacks that helped Barca perform so well. Neymar who move to PSG, four years ago still talks about Messi and considers him as his idol and friend.

“I played with Messi, who is, for me, one of the greatest footballers of all time, and he is my idol in football. With Messi, I learned every day, whether during our practice, or playing with him, or just watching him play. That made me stronger and it increased my capacity on the field because I kept learning a lot from him.”

In an interview with Basketball Star Stephen Curry, Neymar spoke about how much he has learned from watching Messi play calling him “The greatest player of all time”

Pulisic made his debut in Borussia Dortmund as a teenager, the young player absolutely idolizes Lionel Messi.

The 22-year-old, American footballer played a vital role in helping Chelsea win the Champions League last season. Pulisic spoke in an interview three years ago about how he grew up watching Messi play.

“Nothing against Ronaldo because I’ve seen it first hand, he’s an unbelievable player. It’s not an easy one (about who is better), but I would say Messi because growing up he was always my favourite.”

Martinez is one of the best young strikers in the game. He won his first Serie A title with Inter Milan last season, where he struck up a great partnership with Lukaku with Inter Milan. Martinez has spoken about how his game has improved after watching Messi play.

“He is the best in the world; playing with him in the national team is a privilege. He is generous; he shows me his movements, he teaches me to find spaces that apparently do not exist.”