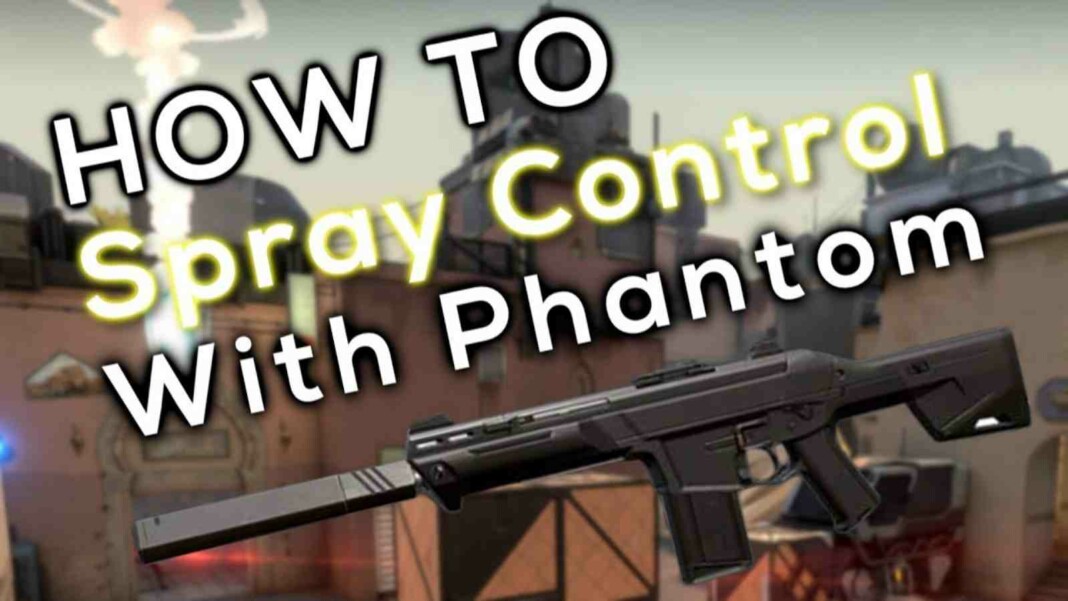 The Phantom is a fully automatic rifle that sits at 2,900 Credits. It has an above-average accuracy, low spread, high rate of fire, and a Silencer. It comes equipped with a high fire rate and a silencer which makes it extremely useful for ambushing since, at closer ranges, a single shot to the head will result in instant death.

At longer ranges, it is a 6 tap to the legs, 5 to the body, and 2 to the head. The Phantom is typically seen in gun rounds due to its larger price tag than SMGs or other rifles. The ADS is great for holding down sites and further decreasing its recoil and spread to make it an extremely accurate fully automatic rifle.

Phantom provides better close-range combat than Vandal or other rifles, and that gives it an edge, given most gunfights in bounded maps happen in a close range. However, although it has less recoil than Vandal, players should learn to control and bring it to a minimum by learning the spray pattern of the gun.

Players should do as the following in Valorant to Control Phantom Recoil in Valorant:

Phantom has more bullets in the magazine than Vandal and that makes it one notch ahead of its counterpart, Vandal. Since 30 bullets in a magazine make it easier to get multi-kills, wall bangs without running out of ammo quickly, having more bullets in Phantom changes its advantage. It also has better 1st shot accuracy than Valorant, and that’s a game-changer for many players. Since the first shot is always important, it being more accurate gives the player a better shot at securing kills.

For players who still haven’t practiced the art of standing still while shooting, Phantom is their goldmine. It offers better accuracy than its counterpart in terms of firing while running or moving. With a low recoil and better shot at Run-and-Gun, Phantom has an added advantage for players who take up ages to master the art of gunplay. Its recoil patterns are easier to learn and surely is easy for players.

Download Valorant and try these two guns and all the unique agents.