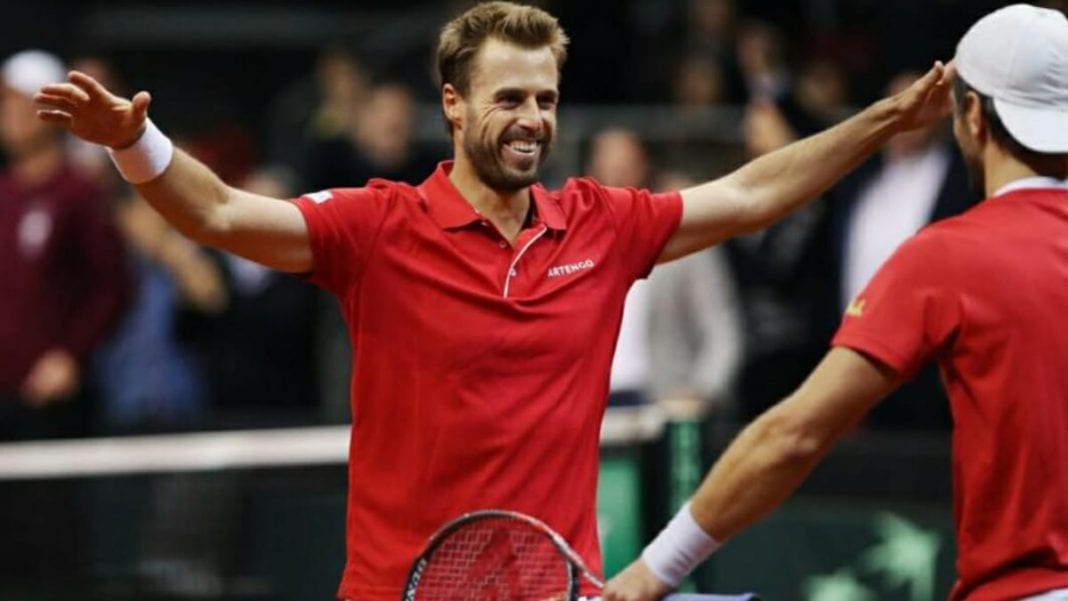 Oliver Marach, has been a member of the Professional Tennis Players Association ever since its inception at the US Open, earlier in August. In an exclusive interview with FirstSportz, the Austrian spoke about his reasons of joining the PTPA which was has caused a lot of controversy in the recent months. The PTPA was co-founded by Novak Djokovic, along with the Canadian, Vasek Pospisil just before the US Open, to give the tennis players an additional platform to voice their opinions, in addition to the ATP Players Council.

However, Novak Djokovic and the PTPA, have faced a lot of criticism, with some alleging the Serbian, of dividing the tennis community. Oliver Marach believed that the players and media still did not understand the PTPA. He said,“There was a lot of bullshit talking from the media, that is always a problem. I would not even sign for the PTPA if it collided with the ATP council. The main thing for us (PTPA) is to be transparent with the ATP and the players. We know we get good prize money, but Grandslams make a lot of money from tournaments.”

We, players want to have a voice: Oliver Marach

Oliver Marach reiterated that the PTPA was by no means a rival organization to the ATP. He believed that the prize money received by the tennis players was no where close to that received by other sportsman. He noted that the situation had improved off late but the disparity persisted. “It (PTPA) made a lot of impact. Lot of people and ATP though, it was just for boycotting which is completely not true. We players want to have a voice,” said Marach.

The Austrian revealed that the ATP Masters and Grandslam events do quite well financially, but players often do not get a fair share of the profits earned by the ATP. “We don’t have the numbers (revenues) the tournaments are making. I think right now it is a very tough time for everybody. It is difficult for ATP to profit from ATP 250 and 500 events, but masters and Grandslams they do well. The reason for PTPA is to raise prize money of players in bigger tournaments,” continued Marach.

“The New ATP Chairman started out in tough times with the Australian Bush Fire and then the coronavirus situation,” said Marach.

Marach also said that the PTPA had a long way to go, and the inauguration at the US Open was just to see how many players would join, and they just had to sign. The Austrian then spoke about the uncertainty surrounding Australian Open schedule next year because of the coronavirus situation.

“The government in Australia is very strict. The players are not allowed to enter before 1st January, generally first 2 weeks are for tournaments but we do not know the schedule yet,” the Austrian said.

Also Read: ‘There were a lot of naysayers in the initial stages of my career’- Australian Open 2018 Men’s Doubles Champion, Oliver Marach opens up on his tennis career, and best moments| FirstSportz Exclusive Part 1