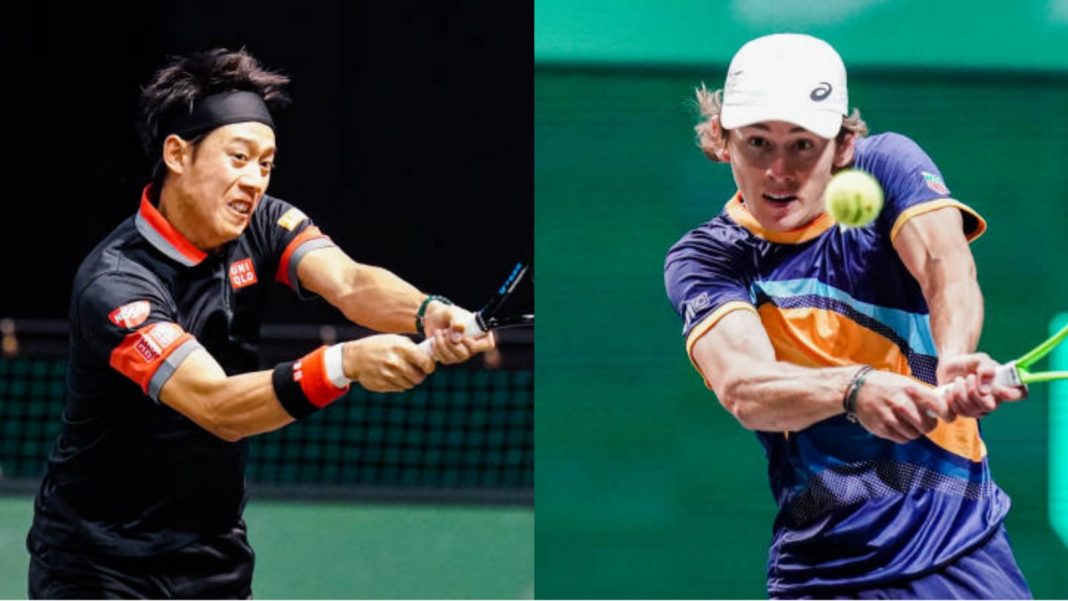 Australian Alex de Minaur will take on world no.45 Kei Nishikori of Japan in the Round of 16 at the ATP 500 Rotterdam event.

With a stunning win over 7th seed Felix Auger Aliassime, Kei Nishikori was opened his win account for the 2021 season. He defeated the young Canadian 7-6(4),6-1 in the first round.

Surprisingly, it was the Japanese’s first win against a top 20 opponent since his victory over Daniil Medvedev in the 2019 Brisbane Open final.

His opponent de Minaur, meanwhile, required a little over an hour to get past countryman John Millman. He defeated Millman 6-1,6-4 in straight sets.

The opening set was smooth sailing for the 22-year-old, but Millman fought back well in the second set to draw level from 4-0 down. De Minaur eventually regained his composure though, producing some strong groundstrokes to close out the match.

On paper, De Minaur will go as the favorite but Nishikori is coming off a fabulous win over FAA. The Japanese’s experience will obviously do him good.

The Japanese’s backhand could be especially handy in opening up the court against De Minaur. If the Japanese manages to breech De Minaur’s solid defense, he may just prevail.