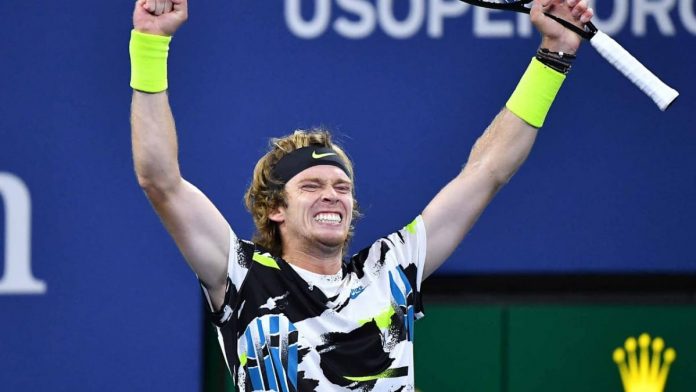 Andrey Rublev emerged victorious in the final of the ABN AMRO Tennis Tournament 2021 with a facile straight sets win over Marton Fucsovics. Rublev was the favorite going into the match as well thanks to his superiority in the rankings as well as his recent run of form. Rublev had taken out second seeded Stefanos Tsitsipas in the semi-final by completely outplaying him both on court and in the head.

Meanwhile, Fucsovics had also gone on a dream run as he embarked on an impressive run that saw him reach the final after defeating Borna Coric in the semi-final. He had to come through the qualifiers and was stupendous as he reached his first ATP 500 final.

Rublev was in his element throughout the encounter as he further stamped his authority as one to watch out for in future Grand Slams. Since September, Rublev has clinched titles in Hamburg, St Petersburg and Vienna. After the win, the Russian merely said, “I’m so happy to win this title.”

It wasn’t all easy in the first set however, as Rublev was put under pressure by Fucsovics. There were no breaks in the first set and Rublev clinched the tie-breaker. He then went on to break the opening game of the second set and did not look back from there. Fucsovics meanwhile, also expressed satisfaction with what he thought was an ‘unbelievable’ week for him as he had to play 7 matches in nine days.

Also Read: “I am the measuring stick” – Roger Federer speaks on the ‘great’ GOAT debate

‘Fun for fans, challenging for players’ Alex Corretja explains the addition of night matches in the French Open