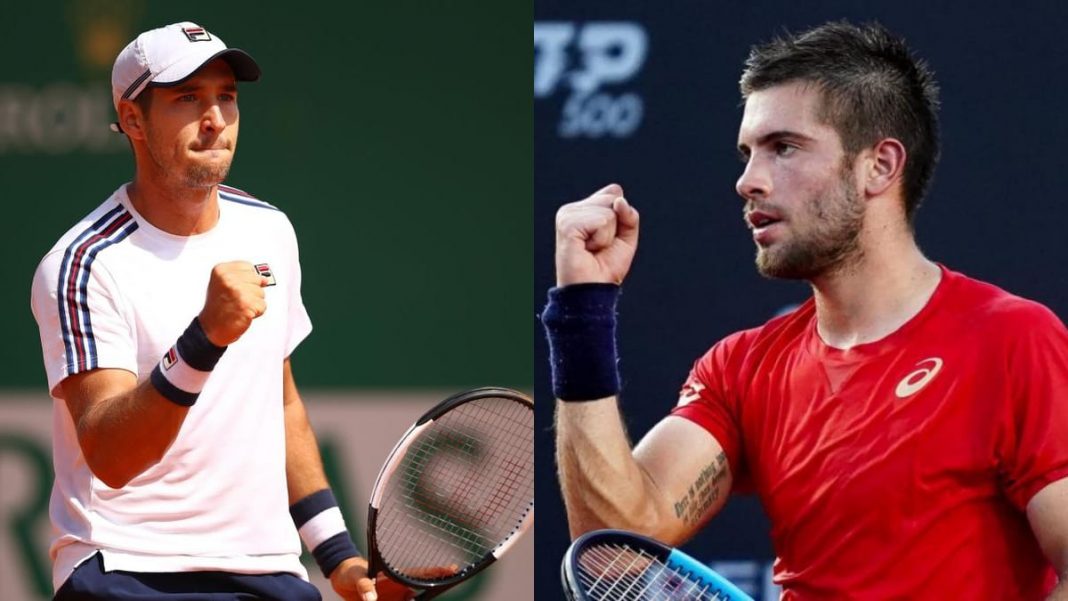 Borna Coric came through a tight two set victory in the first round, beating Botic Van de Zandschulp (WC) 6-4/7-6. Coric did not really perform as he would have wanted in Australia, but we all know that he can beat some of the best players in the world when he is playing at his best. I imagine the 2021 season will be the Borna Coric redemption season, and he will be very happy that he does not have to meet Daniil Medvedev here as this might give him a strong chance to now make the Final on this side of the draw if he plays his best as both Medvedev and Zverev were knocked out in the first round.

Dusan Lajovic put on a very solid performance in his first round match, beating the much higher ranked, and heavy favourite, Daniil Medvedev in straight sets, 7-6/6-4. Medvedev was not the same Medvedev we saw for the last few months, very down on himself, not backing his shots, and losing concentration during the long rallies. Dusan Lajovic was able to take advantage of everything that Medvedev handed to him, and he forced Medvedev around the court, ensuring he tired out the Russian. Lajovic will know that this upset on his part was a bit of both skill and luck, but he will have to ensure he plays his best in this second round match if he is to make it to the quarter finals.

This is going to be the 4th meeting between both players. Dusan Lajovic leads the head to head 2-1.

Borna Coric has improved a lot since the last time he went up against Lajovic. He has also shown the gumption the improve his current standing and isn’t showing signs of backing down.

But Lajovic defied expectations when he put the world no.2 Medvedev out of play in the first round of the tournament. And for that you can expect him to follow up that momentum and boost of confidence to this match.

Match Prediction: Dusan Lajovic with two sets to one.