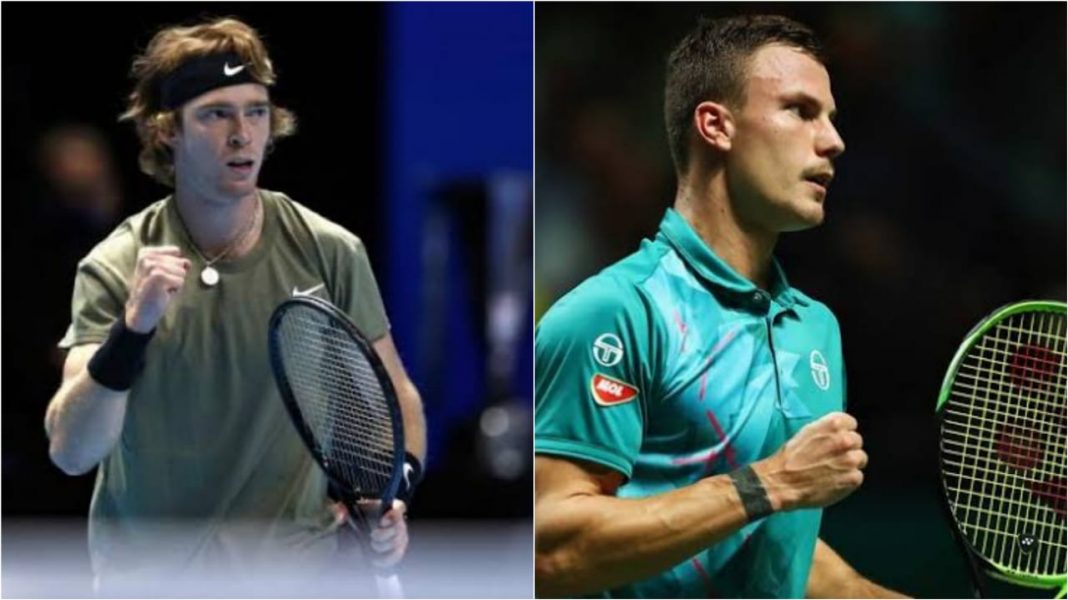 Andrey Rublev will take on Márton Fucsovics in the Finals of the Rotterdam Open 2021. Rublev is currently the World no.8 on the ATP rankings and Fucsovics is the World no.59.

Rublev has had a good tournament till the Quarter Final stage, but the Semi Final was his best performance so far. The way he dominated and beat Stefanos Tsitsipas was outstanding. The second seeded Tsitsipas was completely outplayed both on the court and in the head.

With this win, Rublev announced to the world that not only is he a very good tennis player but also a great tactician. His opponent in the final is Márton Fucsovics. Fucsovics himself was mighty impressive in his Semi Final victory over Borna Coric. Coming through the qualifiers, this man did well to reach what is his first ATP 500 Final appearance.

Rublev played a terrific match against Tsitsipas, winning in straight sets 6-3 7-6. He hit a total of thirty four winners, and made only fourteen unforced errors. His strategy of coming in and finishing points off worked like a dream too. The kind of form Rublev is in, it’s very easy to dismiss Fucsovics. But do it at your own peril.

Fucsovics used his world class backhand slice to great effect in the match against Coric. Another aspect of his game that stood out was his power on the forehand side. Rublev vs Fucsovics will be a good game of tennis, but Rublev will edge it.