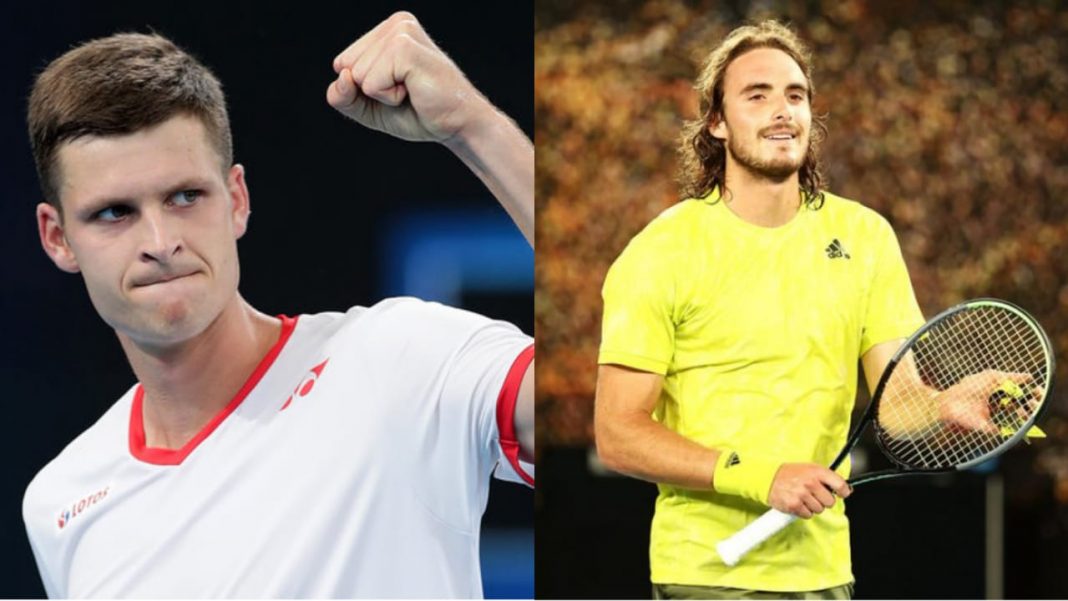 Stefanos Tsitsipas reached the semifinals of the Australian Open last month, beating Rafael Nadal en route to his top-four finish at the Slam. The 22-year-old has carried his good form from Melbourne to Rotterdam, kicking off the tournament with a straight-sets win. The Greek player took on Belarusia’s Egor Gerasimov in the game, winning it 7-6(4), 7-5.

Tsitsipas has lost just one out of eight matches so far this year. Gerasimov beat Andy Murray at Open Sud de France last week and it was a tricky first-round clash for the youngster.

However, the second seed dished out a clinical performance, slamming 31 winners in his victory.

Hubert Hurkacz was in fine form in his opening game against the experienced Adrian Mannarino, winning 6-3, 7-6(6). The world No. 30 slapped 17 aces against the Italian, claiming his seventh singles win of the year. He will be confident going into this game, having won his second ATP singles trophy at the Delray Beach Open earlier this year.

This will be the seventh meeting between the players. The head to head has Tsitsipas in the lead with 5-1 .

Stefanos Tsitsipas will be keen to take the next step in his career this year, and add to his five ATP singles titles. With his excellent all-round play and sense of calm on the court, he’s one of the toughest players to beat, he has also shown an amazing performance

Hubert Hurkacz, on the other hand, is a big server and powerful hitter of the tennis ball. He will aim to take his game to Tsitsipas in an attempt to overpower him the same way Medvedev did in the Australian Open semifinal.

This might start with Tsitsipas on the backfoot but he will take control of the tally very soon.