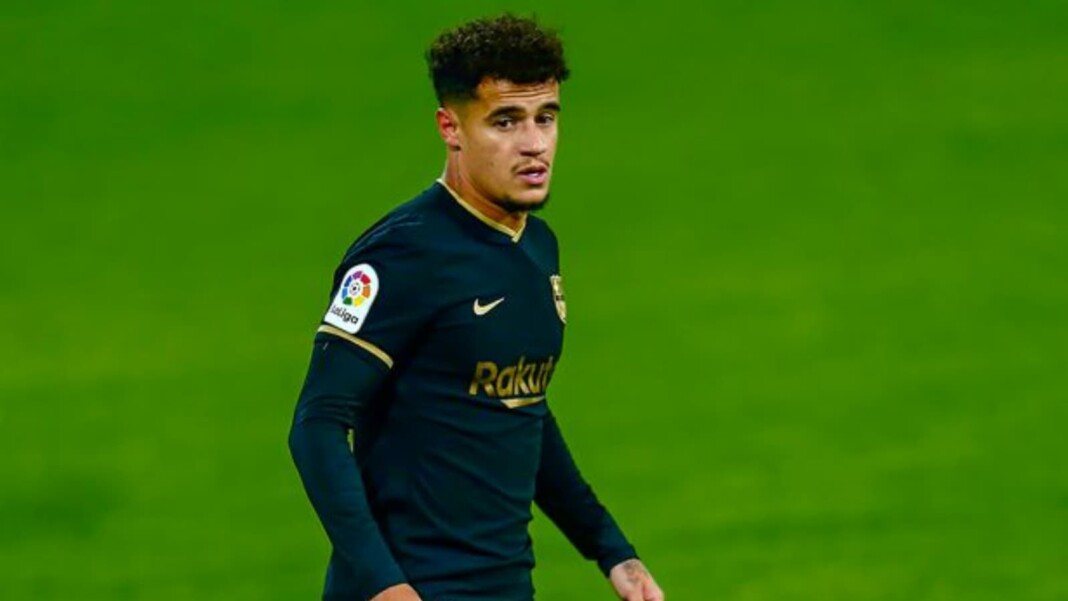 FC Barcelona’s key man Philippe Coutinho has been linked with a move to Italian club AC Milan. The Rossoneri have seen creative midfielder Hakan Calhanoglu leave for Inter Milan on a free transfer this summer, and as previously reported, AC Milan feel Phillipe Coutinho could be the one with the necessary skills to replace him.

Coutinho has had a torrid time at Barcelona ever since his big-money move from Premier League giants Liverpool FC, going out on loan one and a half seasons after his arrival at the Catalan club. Widely expected to be a success at possession-heavy Barcelona side, some even touting him as a successor to club legend Andres Iniesta, the Brazilian has been a huge disappointment since his move to Spain.

The 29-year-old began his football journey at Brazilian club Vasco da Gama and soon was poached by Inter Milan, whom he joined in the 2009/10 season. Spanish club Espanyol recognized his talent and took him on loan for half a season, and Liverpool came knocking in the winter window of 2013. Bought for a fee of €13 million, Coutinho experienced some of the best spells of form in his career so far for the Reds.

Scoring 54 goals and creating a further 45 in 201 club appearances, Philippe Coutinho was Liverpool’s primary creative force in his time at Anfield. With his quick feet, sleek dribbles and an enviable curler from the left flank that has become a trademark now, Coutinho dazzled England for five seasons and produced a number of iconic moments for Liverpool fans to cherish: including a solo goal against Manchester United, an inch-perfect freekick against Arsenal and a brilliant long ranger against Borussia Dortmund in the Europa League.

FC Barcelona splurged €135 million on the left-winger slash creative playmaker in January 2018, but he has not lived up to his price tag. Loaned out to Bayern Munich, he infamously had an eight-minute cameo against parent club FC Barcelona where he scored twice and assisted once as Bayern hammered Barca 8-2. Ever since his return, he has been plagued with injury and sat out most of last season due to a knee injury since last December.

Also Read: A look back at Denmark’s journey to the semi-finals