Minecraft mods are very popular due to it changing the whole game[play experience of the player and even introducing new storylines. In this article we talk about the Aether Minecraft mod and discuss what’s it all about.

Minecraft mods are varied and may present the players with interesting new biomes, mobs, places and more. Among all the mods, the Aether Minecraft is one the biggest and one of the most popular. The mod takes us to the opposite of the Nether Realm and is touted as the heaven in Minecraft, in contrast to Nether being the hell.

Down below we take a look at all the features that the Aether Minecraft Mod has to offer.

The Aether Minecraft is one of the biggest mods in the game and it released on July 22nd, 2011. The game also received a new update, The Aether II: Genesis of The Void, which was released on June 11, 2012.

The mob allows the player to travel to a heavenly realm through a portal similar to the Nether portal, only difference is that it is made out of Glowstone blocks and players need to put water on it to activate it.

The game also introduces many new mobs, blocks, weapons, armor, accessories and most importantly the Dungeons. The player spawns onto a heavenly floating island where tools from the normal world are less effective. Players must acquire new items and tools if they want to explore the Overworld of Aether in Minecraft.

The Dungeons are one of the most important aspects of the mod and has three dungeons: Bronze, Silver and Gold.

This mod can be downloaded from either the Technic Launcher or through manual installation.

Also read: Top 10 Strongest Mobs in Minecraft: Which Mobs is hardest to kill? 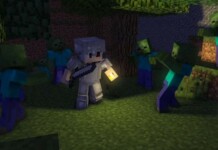 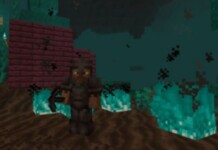