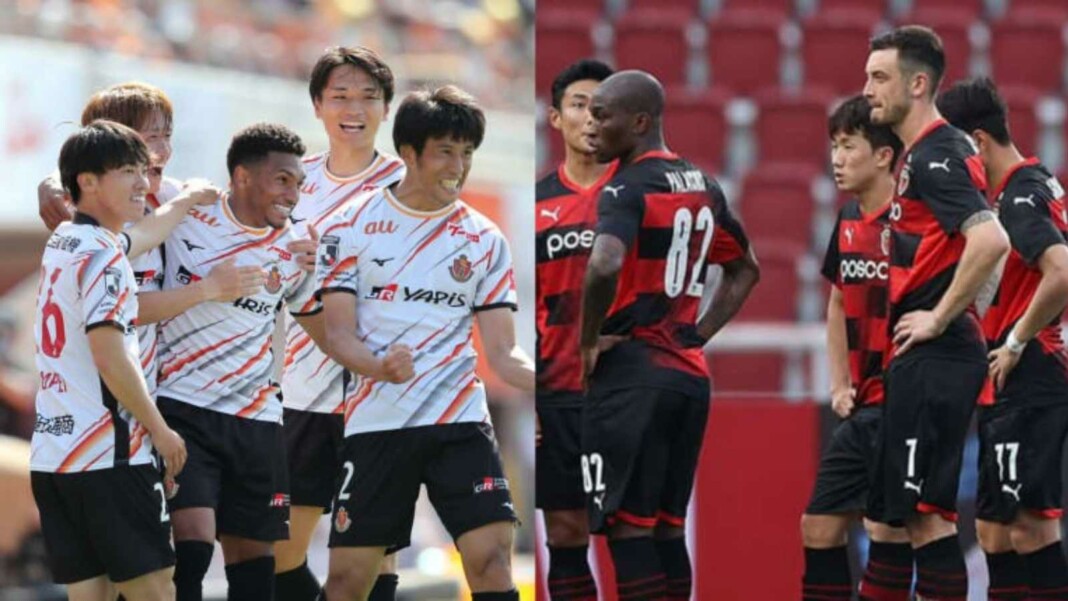 Nagoya Grampus will take on Pohang Steelers in the Group G match of AFC Champions League 2021 on 22nd June at Rajamangala Nationwide Stadium. Both teams won their first two games and will be seeking another three points to maintain their lead at the top of the table.

Nagoya defeated Malaysian club Johor DT 1-0, with Hiroyuki Abe scoring the game’s only goal on the hour mark. Their goalkeeper Mitchell Langerak maintained a clean sheet in the first game against Johor Darul Ta’zim and is certain that his club will win for the second time in a row.

They are among the favorites to advance to the Round of 16, and a win would solidify their position.

Pohang Steelers defeated Thailand’s Ratchaburi 2-0. The Koreans took all three points thanks to goals from Borys Tashchy and Lim Sang-Hyub in each half.

They have a long history in the top-level tournament having won Asian Club Championships in 1997 and 1998, as well as the restructured AFC Champions League in 2009, and head coach Kim Gi-dong will be hoping his team can build on their win against Ratchaburi.

NGY VS PHG: Head to Head

The match between Nagoya Grampus and Pohang Steelers is expected to be a close one with the game ending in a 1-1 draw. Both the teams have a formidable lineup and are coming off in this game after a victory which will be a huge confidence booster for them.