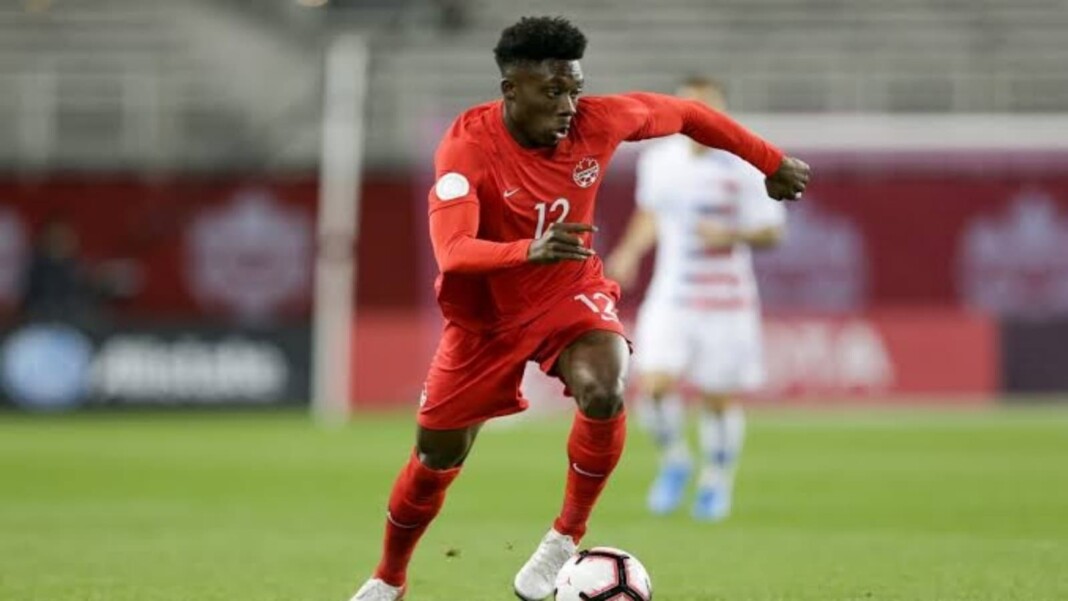 20-year-old Alphonso Davies will miss the CONCACAF Gold Cup due to suffering an ankle injury while training. The left-back will reportedly join Bayern Munich in their preparation ahead of the upcoming 2021/22 season.

This year’s Gold Cup, featuring teams like defending champions Mexico, the USA, Jamaica and Costa Rica among others, would have been the third time Davies played in it, after appearing in the previous two editions too. The first time around, Davies was just 16 years old when he lined up for Canada and ended up winning the tournament Golden Boot too.

In both of the previous editions, Alphonso Davies has been a driving force behind Canada’s consecutive quarterfinal appearances. This is a remarkable achievement for a country that is not known for its football prowess. In the 2021 edition of the Gold Cup, Canada find themselves drawn into a group with the recent CONCACAF Nations League winner USA, Haiti and Martinique. While topping the group might be out of their reach right now, Canada have a good chance of making it through to the quarterfinals as the second-placed team in their group.

In 2021, Davies has four goals and a team-best five assists for his country. Despite being a natural left-back, Davies frequently appears as a wide midfielder or even as a winger for his nation.

Why is Alphonso Davies a big miss for Canada?

Blessed with electric pace and a dazzling assortment of skills, Alphonso Davies has been one of Europe’s most exciting talents in recent years. The left-back, who can play anywhere down the left flank or even as a right-winger if need be, has been the Canadian National football team’s brightest talent in years.

Ever since his move to Bayern Munich in 2019, he has cemented a spot in the main team with performances that belied his age. In his first half-season with the club, the latter half of the 2019/20 season, he went from strength to strength as Bayern Munich looked unstoppable in all competitions. Probably his best performance in red was against Spanish heavyweights FC Barcelona in Bayern’s 8-2 thrashing of the club. Davies repeatedly raided the left flank that night with a lot of success, leaving his opposite number Nelson Semedo in the dust repeatedly as Bayern ran rampant.

Despite a relatively quieter 2020/21 season, Davies still remains Canada’s best footballer at the moment. Losing him would be a big blow for coach John Herdman, who will be left without his most potent weapon ahead of the Gold Cup. Canada open their campaign against Martinique on 12th July this year, facing Haiti on July 15. By the time they face the USA on 18th July, they would hope to be assured of a quarterfinal spot.