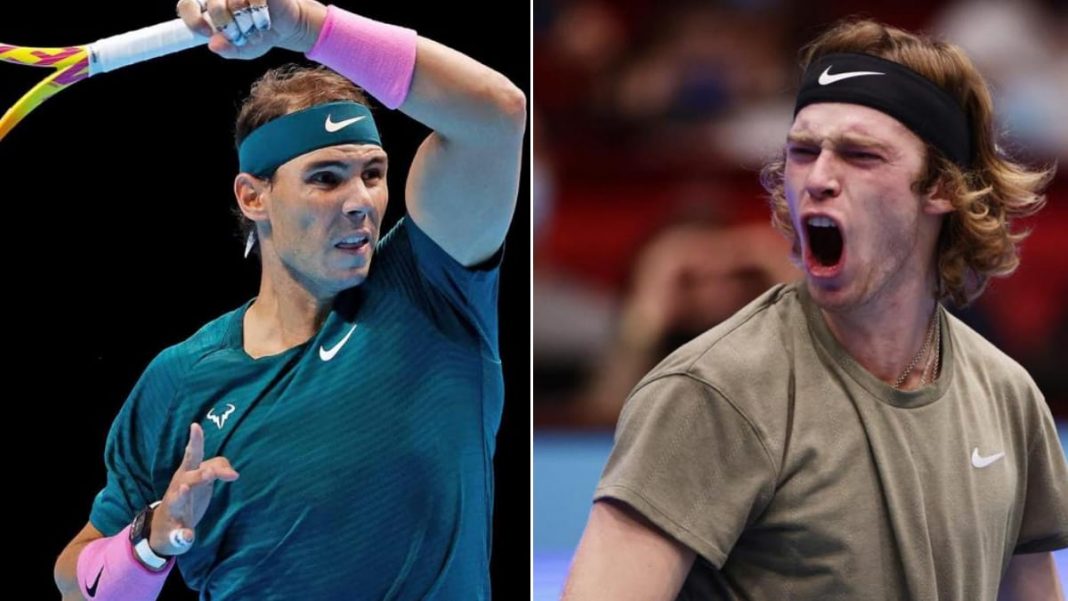 Andrey Rublev, world number seven is one of the most promising names on the ATP Tour. The Russian lifted five titles last season which was the most won by any player in 2020. Rublev went on a 23-match incredible winning streak in ATP 500 events, where he won four consecutive titles. However, his unbeaten run was ended by fellow countryman, Aslan Karatsev in the semifinals of the Dubai Open last week.

Currently, Andrey Rublev is scheduled to play at the Miami Open this week, where he is seeded fourth. After receiving a bye in the first round, the Russian will face Tennys Sandgren in the second round on Saturday. He has an opportunity to become the new world number six and surpass Roger Federer if he wins the Miami Open 2021 title.

Andrey Rublev is a huge fan of Rafael Nadal and he considers him as his childhood hero. It comes as no surprise as the Spaniard has been idolized by several budding tennis players all over the globe.

Andrey Rublev on his good relations with Rafael Nadal

Ahead of the Miami Open 2021, Andrey Rublev disclosed his relationship with Rafael Nadal while calling him his childhood hero. He remembers his first training session with the 20 time Grandslam champion when he was just 16-years old.

“Rafael Nadal was my childhood idol. I regularly train with him. I remember our first practice session: I was 16, I had amazing feelings and a big motivation, I wanted to work even more in order to compete with him,” Rublev said.

As for Rafael Nadal, he is expected to make his comeback at the Monte Carlo Masters which commences from April 11. The Spaniard has not played a single tournament ever since his Australian Open quarterfinal loss to Stefanos Tsitsipas. He has been recovering from a minor back issue, with an eye on the clay court season.