Free Fire has a lot of professional players and content creators that make fun content for their viewers. Ankush Free Fire is an Indian YouTuber and Free Fire content creators. He is widely known in the game as a very good mechanical player and he uploads very entertaining videos of Free Fire gameplay.

He frequently posts entertaining gameplay videos on his YouTube channel, which currently has about 1 million subscribers. Here in this article we take a look at the Ankush Free Fire ID, stats, YouTube earnings and more.

Related – DJ Alok vs D-Bee: Who Is Best In Free Fire After OB28 Update?

Note: The stats recorded in this article are recorded at the time of writing. They are subject to change as the player plays more games.

Ankush created a new YouTube channel earlier this year. The channel currently has 23 videos, along with 1 million subscribers and 19 million views.

According to Social Blade, Ankush FF has accumulated over 12.34 million views on his channel in the last 30 days. Click here to visit Ankush FF’s YouTube channel. 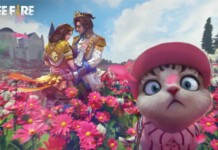