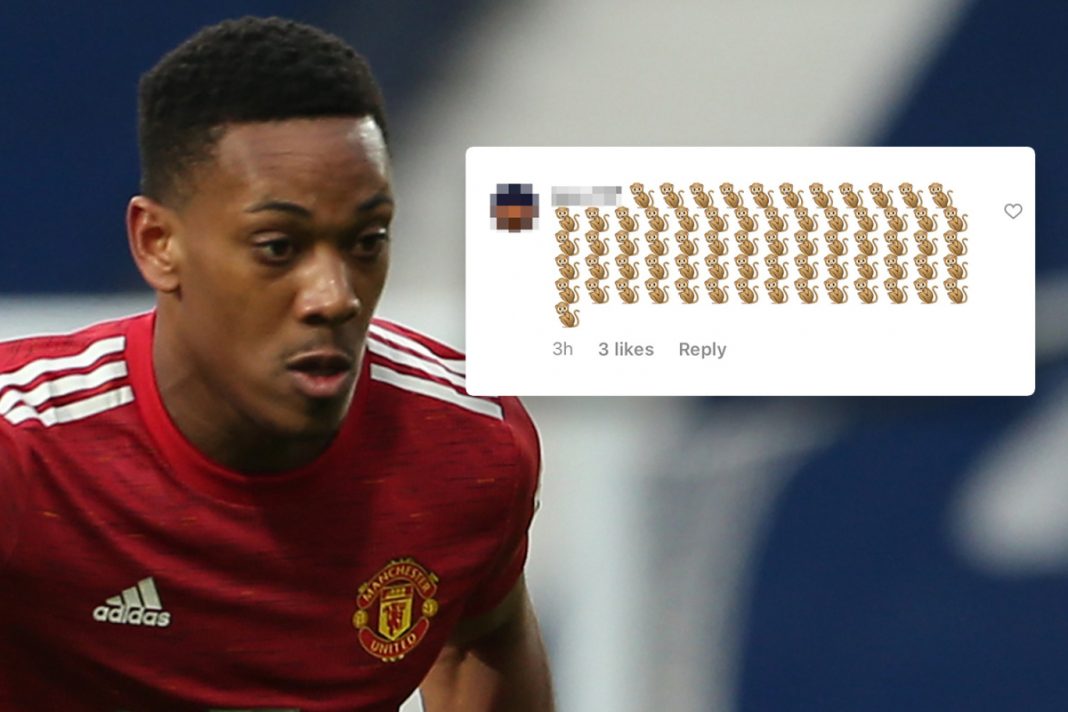 Manchester United forward Anthony Martial was racially abused online after United’s 1-1 draw against West Brom. Manchester United came from behind to rescue a point but failed to keep up with City at the top.

Martial played for 66 minutes in the match before being replaced by Mason Greenwood. On his Instagram account, several users left racist messages, symbols on his photo and used the N-word after the match.

Martial was also subjected to similar abuse earlier in the season

This is the second time the 25-year-old has been targeted with racial abuse since the turn of the year. Martial received similar messages along with United team-mates Rashford and Tuanzebe following a 2-1 defeat to Sheffield United.

According to a report in Sky Sports, Facebook, Instagram’s parent company, removed the racist posts soon after they were published. Manchester United boss, Solskjaer however put his support behind Martial, who is going through a rough patch of form currently. The United boss believes that he will come out of this tough time as ‘Class is Permanent’.

Kick It Out representative Troy Townsend took a screenshot of the abuse aimed at Martial and tweeted: ‘Let me break my Sunday silence and just say here we go again. It’s so predictable now, it makes a mockery of Instagrams comments this week.

‘I wonder if this account will be barred for a month and collect their “Insta slap on the wrist” and “don’t do that again” talk.’