Home Martial Arts UFC “He’s not used to being weak,” Anthony Smith reveals the reason behind... 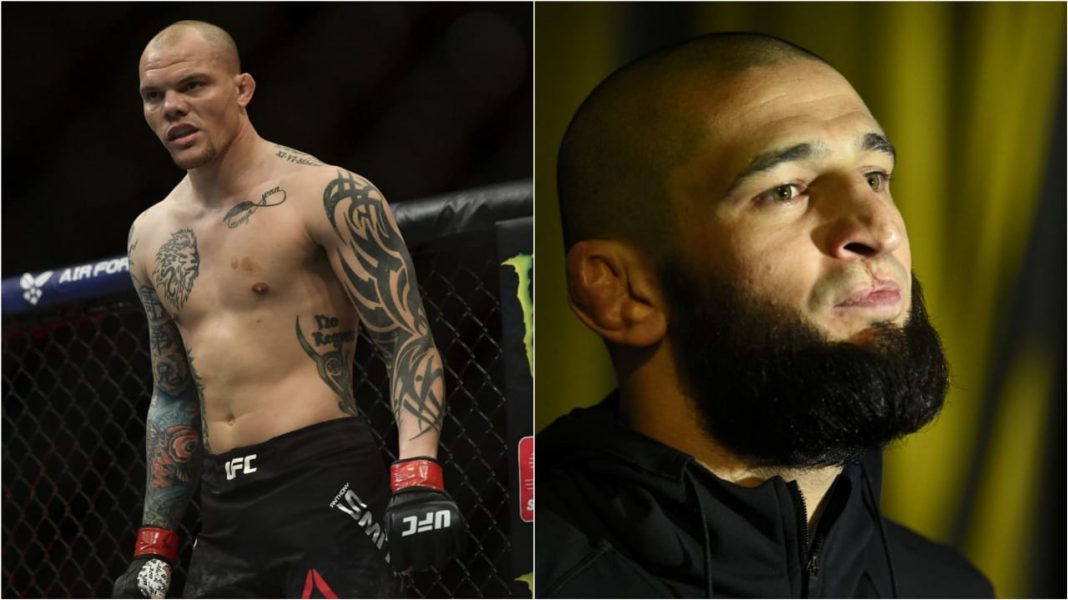 Anthony “The Lionheart” Smith has encountered a lot of injuries throughout his career and was at the peak of his career when his knee injury almost ended his career.

Khamzat Chimaev is dealing with Covid-19 and recently he got emotional and announced his retirement, although Smith was not affected by the virus but he understands the sentiment.

He said, “He’s used to being a f*cking killer. He’s out here smoking people. It’s not even competitive at this point yet. And now he’s a shell of himself? There’s more than just physical stuff that goes along with it. There’s a lot of mental stuff. He’s not used to being weak.”

“Through this, through injuries, through sickness, it doesn’t matter how hard you work. It just takes time. And fighters aren’t patient.”

“You look at the hill, and sometimes, it doesn’t even seem like it’s worth it,” Smith recalls his experience while recovering from the injury

Smith believes the thought pattern that goes along with the recovery is the hardest, he commented “When you’re injured, and it just seems like a mountain you can’t climb. When I hurt my hand after Gustafsson, and then the surgery failed, the bones shifted again, the plate broke, and they had to do it again.”

Also read: “The guy smelled like alcohol and cigarettes,” Dominick Cruz requests anyone rather than Keith Peterson, Peterson responds with a stiff reply.