Antonio Brown’s NFL career has been a tumultuous affair since leaving the Pittsburgh Steelers in early 2019. Since then he’s played for 3 teams, the Raiders, the Patriots, and the Buccaneers. Technically 2 teams as he never strapped up for the Raiders.

The reason why he never played for the Raiders and the reason he currently doesn’t have a team is the same as what took him out of Pittsburgh. Drama! He can’t get enough of it and it follows him wherever he goes. Even a stint in New England under the most no-BS coach in the league, Bill Belichick, couldn’t keep AB out of the media.

His spell with Tampa Bay was the tamest we’ve seen of AB since his Pittsburgh days but it was only a matter of time until he made his mark on the league again. His most recent antics saw him take off his jersey and pads and literally dance off the field halfway through the game.

The actions led to Brown being cut a few days later after which he lashed out at his quarterback Tom Brady. All of this led just about everyone in the league to believe that Brown’s NFL career was truly over however, he recently revealed that some teams have reached out to him since his departure from Tampa.

Related: “I’m not passive-aggressive”: Antonio Brown says there is nothing wrong with his mental health

In a recent interview with ‘Complex.com’, Brown was quoted saying “A couple of teams called. I’m a football player, man. I’m a professional athlete. Let’s not get that twisted. That’s my main thing.”

Whether Brown is telling the truth or simply trying to boost his stock is entirely up to speculation but what we do know is that he’ll have a bit of a wait to make it happen. He’s scheduled for offseason ankle surgery so recovery and rehab of that will be his main priority as of now and then trying to get a workout with any team that’ll take him.

Assuming he understands that he isn’t in a position to demand a contract for a winning team. If he still sees it that way then it’s possible that Brown simply won’t be able to play again however his statement seems to imply that he only intends on playing.

Also read: “Their offense is more explosive”- Michael Robinson gives the Cincinnati Bengals an edge against the Titans 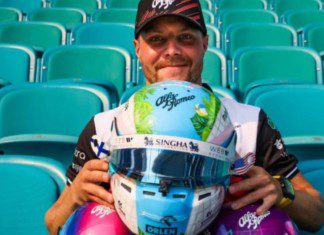