Apex Legends is a free-to-play character ability-based shooter game where 60 legendary competitors battle each other for glory, fame, and fortune on the fringes of the Frontier. This game is available for a vast number of platforms. You can get this game on PlayStation® 4, PlayStation 5, Xbox One, Xbox Series X|S, Nintendo Switch, and PC via both Origin and Steam.

Valkyrie comes with her own VTOL Jetpack which allows her to float over her opponents. Few players exploited her abilities and used it to fly extended distances.Respawn has confirmed that she’s set to receive a nerf so players can not exploit her abilities to gain an edge over other players in the arena.

John ‘JayBiebs’ Larson, the Associate Live Balance Designer at Respawn Entertainment, twitted about this and let players know that Respawn is well aware of the issue and working on it.

John confirmed the much needed nerf by saying “Valk’s “tac hover” was designed to consume fuel at 10% of the normal rate. With ALGS ramping up, we figured we should remove this exception,” he said. “We found Valks would often take coffee breaks above the final fight in scrims. This will go live on Thursday.”

Players are using her VTOL Jetpack for too long, so maybe changing it so that the ability only consumes slightly more fuel rather than the full amount. This could most probably fix all the issues and this will come in the game with the Apex Legends May 27 Update. 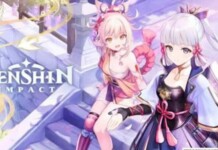 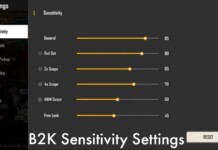