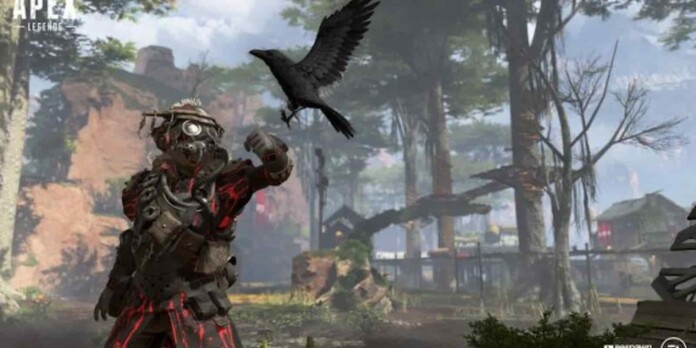 Apex Legends Mobile Closed Beta showing error code 102555 is a problem for many players on the gaming platform, which was finally released for early access in the play store for androids after Respawn and EA had teased their first limited mobile test rollouts for Android and, later, iOS devices. The news of which broke in the blog on the official website by Chad Grenier, the game director of Apex Legends. But there have been some error codes shown to players for a couple of days, with the codes changed both times.

The game has been ongoing for a long time and, based on their early impressions, the hard work was profitable because Apex Legends Mobile deserves a AAA mobile game, and introducing Apex Beta is one of the best ways to hype up the upcoming community even more, and building up Apex’s future gaming community beforehand the actual release of the game widely for all gamers.

Let’s find out why Apex Legends Mobile Closed Beta showing error code 102555 is normal given the situations of the developing platform and why it will sow the best results.

After nearly two years in development, Apex Legends Mobile was officially announced last week. The game’s first beta test kicked off a few days ago for a limited number of players in India. But barely some days after the closed beta test began, the server had earlier became full, greeting players with a message “The number of registrations on the current server has reached maximum” and was shown the error code  102512. Players on Android could pre-register for the game through the Google Play Store.

Many people have been able to access it, though, by manually downloading the APK and OBB files of the game. Players outside of India could also play the beta by using VPNs. “Rolling mobile out in China, you need to have a partner, and we’re, as we’ve said in the prepared remarks today, working with a partner there. We’re very excited about the opportunity,” EA chief financial officer Blake Jorgensen had confirmed. EA will be working with a Chinese partner to “create a mobile Apex Legends that will be released globally,” as first reported by industry insider and analyst Daniel Ahmad, and was informed earlier through news sources.

Although with barely a week to pass and give gamers the hands-on experience of the new version of Apex, the beta is now closed. Apex Legends Mobile closed beta showing Error Code 102555 is the new welcome message for players who had previously played the game or had pre-registered for the game. Here’s a gameplay of the beta version of the game for players who could not catch a glimpse during this short period.

Players should note that this message is not an error in the game server but that the beta version of the game itself has been closed by the gaming devs, and will hopefully be reopened once the live version is developed. The beta version of the game was introduced to gamers to check the compatibly and early access to a game is typically offered when the game is in a playable state but may not be feature-complete, or may still have several software bugs to be found. Often these games are considered at alpha or beta releases, and may be months or years from anticipated completion.

That being said, it is pretty clear that the error code shown by the platform is nothing to be afraid of, but enough to give hope about the final version being released soon. So let’s kick our heels and wait for the sweet fruit of our waiting.