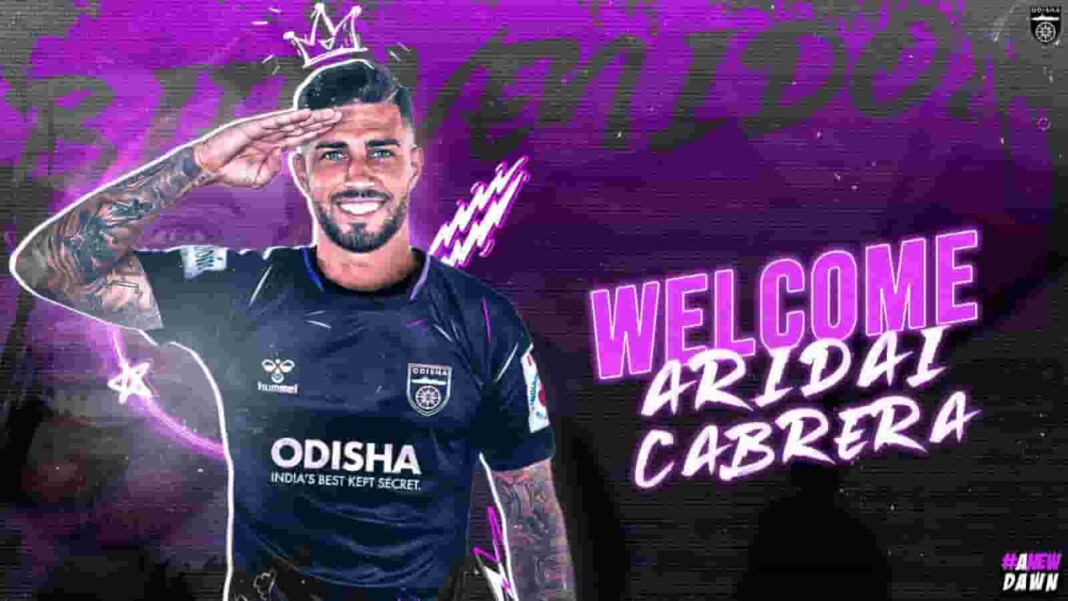 Odisha FC completed the signing of Aridai Cabrera on 16th August morning for the upcoming edition of the Indian Super League.

The 32 year old Spanish winger joins the Bhubaneswar based club and packs a lot of experience of playing professional football for many Spanish teams. He started his youth career with Universidad LP, made his first senior appearance for the B team of the club in 2006 and played for the senior team the very next year.

Aridai expressed, “I am very happy to sign for Odisha FC and I am really excited to play in India. I want to meet my teammates soon and start preparing for the upcoming season. We will definitely make sure that Odisha FC does well in the next ISL.”

Speaking about the new signing, Head Coach Kiko Ramirez commented, “Aridai is an electric player who can change the game with the magic that is needed in football. He is a footballer with a very refined technical quality and capable of surpassing the opponents with his feints. He is a dribbler and with his speed, we can say that he is a different footballer. If he is motivated and people are with him, he can have a big impact in the ISL.”

Club President Mr. Raj Athwal said, “We are delighted to capture the signing of Aridai after beating off interest from elsewhere to get him. He is a skillful and exciting player, who has knowledge and experience in the game, and will be invaluable to the younger members of our squad.”