World No. 7 and the 5th seed, Aryna Sabalenka defeats World No. 1 and top-seeded Ashleigh Barty in a thrilling final at the WTA Madrid Open 2021.

The 23-year old Belarusian with this victory clinches her 10th title and by far the biggest title of her career. The victory becomes extra special as Sabalenka was knocked out from her previous two tournaments by Barty which included the finals of the WTA Stuttgart Open that concluded a fortnight ago.

Aryna won the finals 6-0 3-6 6-4 in a match that lasted for 1hour and 40minutes. Sabalenka hit 9 aces and also converted 5/8 break points that saw her win the set 6-0 breaking Barty thrice.

The second set in the finals was the first set Aryna dropped in the tournament and made a strong comeback in the final set to clinch the title against Barty who made a splendid comeback like she did at the Stuttgart Open 2021 in the finals and looked to repeat her feat but today was Aryna’s day who took the third set and the title.

Coming into the finals, Ash Barty was unbeaten in 16 Red Clay games with the streak starting from 2019 Rolland Garros where she emerged as the champion. Sabalenka came close at Stuttgart, but the streak ended today in the finals of the Madrid Open with Sabalenka winning the title, which is also her first on the Clay courts.

With this win, Aryna Sabalenka is set to see a rise in her rankings and will be a force to reckon in the remainder of the Clay season. 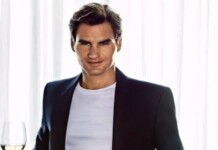 Is Roger Federer a billionaire? Here’s all you need to know about Federer’s wealth