Antonella Palmisano of Italy continued her country’s good performance in Athletics, as she claimed the gold medal in Women’s 20km race walk. She was competing in her second Olympic Games, after making her debut in Rio. Antonella Palmisano won the race comfortably, as she had her country’s flag wrapped around her shoulders, while she was approaching the finishing line.

Antonella Palmisano finished with a timing of 1:29.12, whereas, the Colombian who finished second, recorded a timing of 1:29.37. Sandra Arenas, who won the silver medal, competed at the London Olympics in 2012, where she finished outside the medal places.

Italy continue their dominance in Athletics

Liu H of China claimed the bronze medal after recording a time of 1:29.57. Yang J of China who set a world record earlier this year, failed to finish in the medal places. Yang could only finish seventh, as she was awarded a two-minute penalty for repeated fouls. Maria Perez of Spain finished fourth, finishing just eight seconds behind the bronze-medalist.

Italy have been one of the most dominant contingents in track and field events, as they have won four gold medals so far. Only USA and Poland have bettered their performance in the sport, as they have five and four gold medals each. It all started with Lamont Marcell Jacobs’ win in the Men’s 100m, as Gianmarco Tamberi won the gold medal in Men’s High Jump event on the same day. 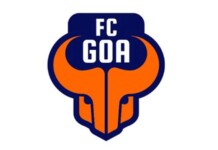 Who is the Owner of FC Goa?