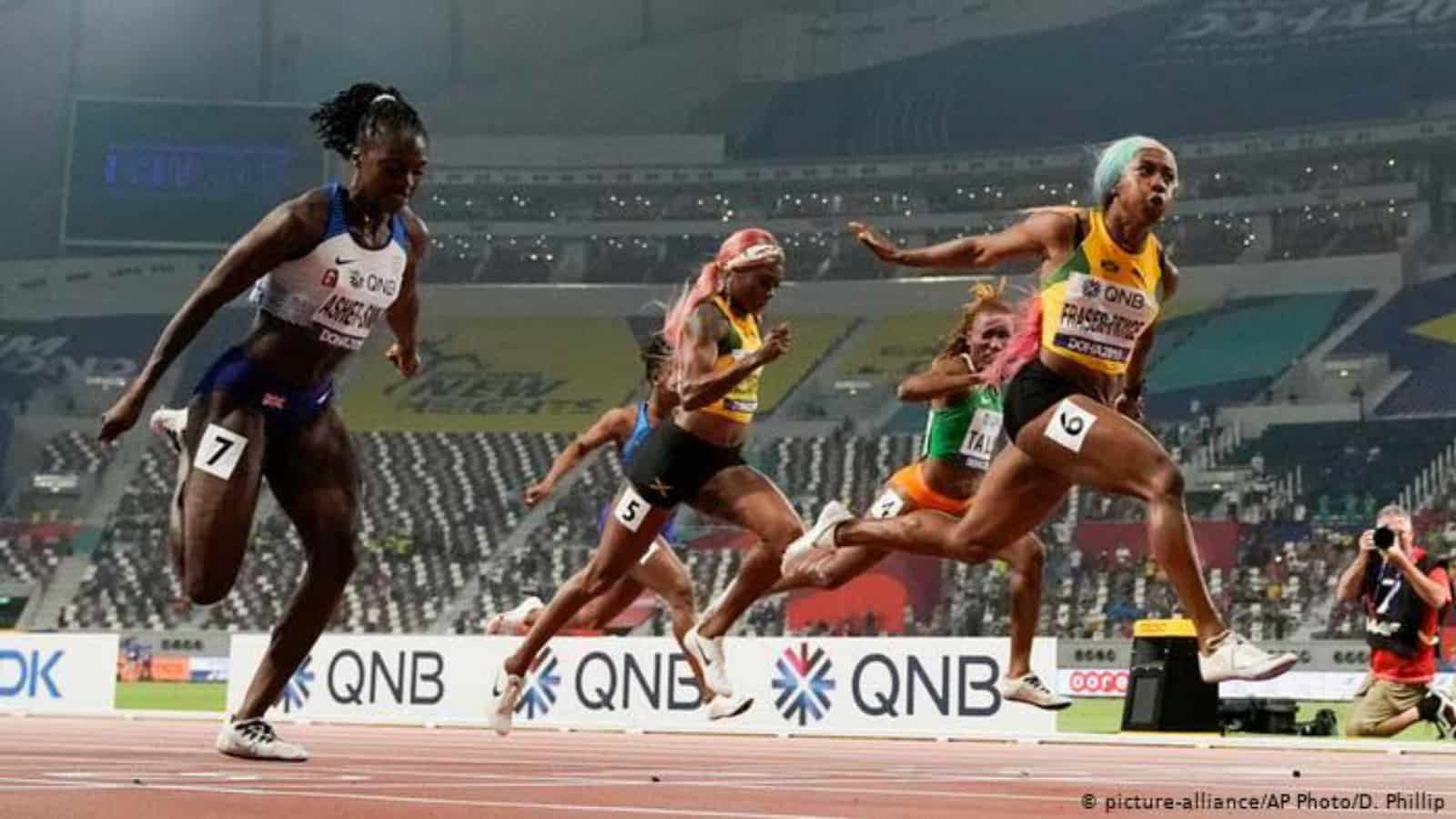 Track and Field is one of the most exiting event at Olympic games. The pace at which the event unfolds creates excitement among the audience. The women’s Olympics 100m finals will take place on 31 July 2021, and it is definitely one of the anticipated events at Tokyo Olympics.

Shelly-Ann Fraser-Pryce, born on 27 December 1986, is a Jamaican sprinter who competes in 60, 100 and 200m. She is regarded as the greatest sprinter of all time by the experts. Her glorious career includes 2 Gold and a bronze medal in 100m at the Olympics and 4 Gold medals in 100m at the World championship. Overall, she has 6 Olympic medals and 11 World Championship medals, making her truly one of the greatest athletes. In 2019, she became the oldest female sprinter at the age of 32 to win the World Championship in 2019. She might have a last shot at the Tokyo Olympics 2020.

Dina Asher-Smith, born on 04 December 1995, is a British sprinter who is also the fastest British women sprinter to date. She competes in 100,200 and 4x100m relay. The British sprinter broke her record by winning a silver medal at the 2019 World Championship. She holds the national record of 10.83 seconds in 100m which she achieved in the 2019 World Championship. She is one of the hot favourites for the podium finish.

Marie-Josee Ta Lou, born on 18 November 1988, is an Ivorian athlete who competes in 100m and 200m. The Ivorian athletes finished just outside the medal contention after she finished 4th at the Rio Olympics. However, her personal best is 10.90, and at the age of 32, she will be eyeing an Olympic medal which she missed out very closely at Rio Olympics.

Elaine Thompson Herah, born on 28 June 1992, is a Jamaican sprinter who will be defending both her Gold medal at Tokyo Olympics 2020. After winning two gold medals at Rio Olympics, she became the first Jamaican sprinter to win 100 and 200m at single Olympics. She is definitely going to be the top contender for the gold medal.

Sha’Carri Richardson, born on 25 March 2000, is an American sprinter who competes in 100m and 200m. There is excitement around her as the people of America expect her to win a medal in this event at the Tokyo Olympics, which has been missing for 25 years now. The 21-years-old clocked a time of 10.72 recently, making her a contender for a medal at the Tokyo Olympics 2020.

Abishek is an avid follower of Olympic Sports. He loves to read and write about them. He has been following the games for a very long time now,