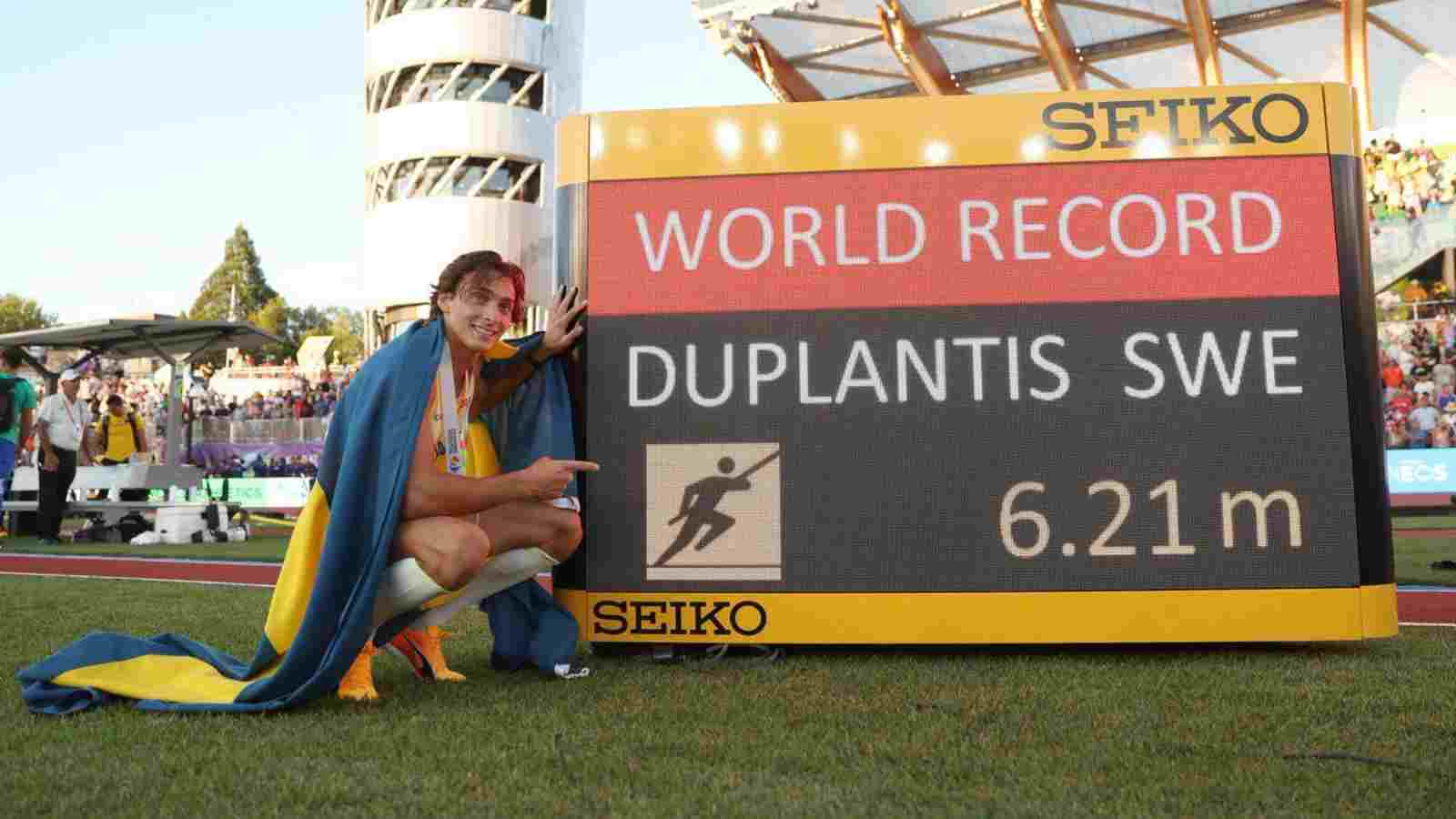 The last day of the 2022 World Athletics Championships started off with a bang- and a huge one to say the least, as Mondo Duplantis once again broke the pole vault world record to claim the title. This is the second time Duplantis has broken the record in this very year, with the 22-year-old is sealing his place as the best pole vaulter of all time. He soared high, clearing a massive height of 6.21m to claim victory is style.

This is also the fifth time since 2020 that Duplantis has gone on to break the record, raising the bar from 6.17 to 6.21- literally. “It was the medal I was missing. Usually, it (the world record) is always somewhere in the back of my mind, but today I was focused on the win,” said Mondo after winning the title to World Athletics. As the world record was announced, Twitter was once again left speechless and in praise of Duplantis’ massive efforts.

Mondo Duplantis stuns the world with another World Record and crown

Mondo Duplantis has now also overtaken Bubka when it comes to career six metre-plus clearances, having managed that feat 48 times to Bubka’s 46. Duplantis seems unstoppable as he continues to soar to new heights at almost every competition he undertakes. “I love jumping in Eugene and it was amazing here,” he said after the World Championships.

Also read: “It felt great to spoil the party for the US”: Andre De Grasse leads Canadian team to scintillating victory in men’s 4x100m relay at World Championships