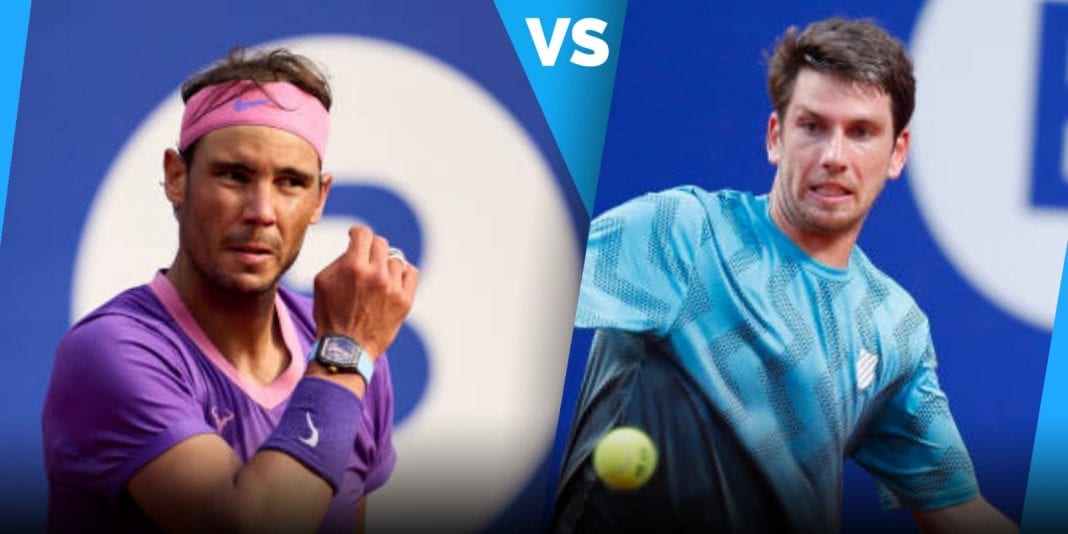 Rafael Nadal, top seed at the Barcelona Open 2021, will face the Briton, Cameron Norrie in the quarterfinal clash on Friday. The Spaniard is ranked third in the world, whereas, Norrie is ranked 58th in the world.

It hasn’t been an ideal start for Rafael Nadal this Clay season. He was knocked out in the quarter-final of the Monte Carlo Masters and has been taken into three sets in the initial two matches at Barcelona.

In the Round of 16, he defeated 2-time Barcelona Open champion, Kei Nishikori in three sets 6-0,2-6,6-2. He bageled the Japanese in the first set before losing the next set to handful of unforced errors. Eventually, he held his nerve to win the third set 6-2.

His opponent, Cameron Norrie is ranked 58th in the world and has produced some good wins this season. He has defeated the likes of Fognini, Dimitrov, Evans and Khachanov this season.

He is playing his first Clay court tournament of 2021 in Barcelona and has already upset 12th seed Karen Khachanov in the second round. He also bageled 8th seed David Goffin in the first set and won the match when the Belgian retired at 6-0,3-5.

This will be the second meeting between the duo. Nadal leads the H2H 1-0. They last met at the Australian Open earlier this year where Nadal won in straight sets.

Although Rafael Nadal hasn’t found his best form yet, he will go into the quarter-final as the favorite. The Spaniard will want to get closer to his 12th Barcelona Open title. But to do so, he will want to get his first serve and backhand back on track.

As for Norrie, he will have nothing to lose and would love to exploit a struggling Nadal. But when on Clay, one could never write Nadal off. Expect Nadal to be back in form and cruise into the Last 4.