Roberto Bautista Agut will take on John Isner in the second round of the Madrid Open 2021. Agut is currently the World no.11 on the ATP rankings and Isner is the World no.39.

Roberto Bautista Agut had a good start to the year. He reached the final of  Montpellier Open and the Qatar Open. His transition to clay has been decent too. He reached the round of sixteen at the Monte Carlo Masters. In the Barcelona Open that followed, he was beaten in the round of sixteen by Jannik Sinner in two sets. In the first round of this tournament he won a close three setter against Italian Marco Cecchinato. Agut won 6-2 6-7 7-5. His second round opponent is tall American John Isner.

Isner did not travel to Australian this year. So, he has played in just three tournaments so far. The first was the Delray beach Open, where he reached the Quarter-finals. Then came the Acapulco Open, where Stefanos Tsitsipas got the better of him in the round of sixteen. At the Miami Open, Isner showed some good form before losing to Roberto Bautista Agut in the round of sixteen, He lost in three sets  3-6 6-4 6-7. In the first round of this tournament Isner beat Miomir Kecmanović 6-4 7-6.

Agut is a master on slow courts. What he lacks in power he makes up with angles, movement and smartness. But this Madrid court has bounce, which can sometimes work in favor of opponents who prefer hard courts, like Isner.

John Isner served 28 aces in his first round encounter. He got his first serve correct on 75% of the occasions and won 85% of those points. The serve is Isner’s biggest weapon and has been throughout his career, but his relatively slow movement has let him down in the past. 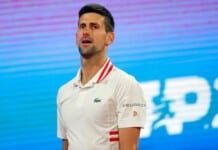 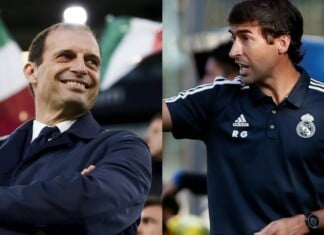