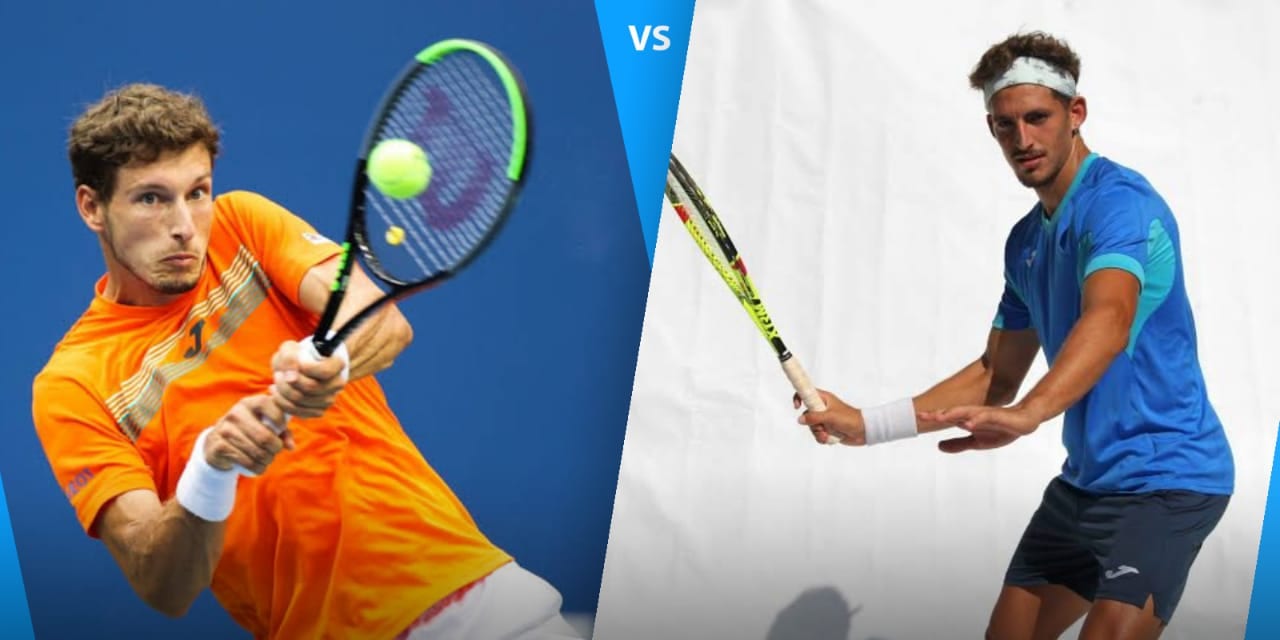 World No.15 hasn’t played much this season. He has just competed in three tournaments so far and has clearly underperformed. He reached the Round of 32 at the Australian Open and lost in his opening match at Dubai.

At Dubai, he was shocked by Marton Fucsovics in three sets. Carreno Busta, like most Spaniards gels well on Clay and would want to break into the Top 10 this Clay season.

His opponent, Mario Vilella Martinez is currently ranked 188th in the world. He came through the qualifiers at Marbella where he defeated 3rd seed Antoine Hoang.

In the first round, he defeated fellow Spaniard and Qualifier Bernabe Zapata Miralles in straight sets 6-2,6-3. He also reached the semi-finals at the Marbella Challenger last week.

This will be the first meeting between the duo. The two players haven’t met before and hence the H2H stands at 0-0.

His fellow Spaniard opponent Mario Vilella Martinez has had a decent success on the Challenger tour and is performing well this week too. But toppling Carreno Busta will be a little too much for Martinez. Expect Carreno Busta to win easily.