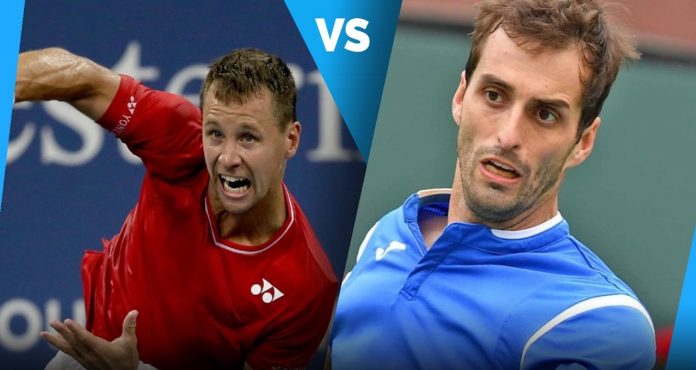 In the opening round clash at the Marbella 2021, Lithuanian Ricardas Berankis, World No. 88 will take on Spanish Albert Ramos Vinolas who is the World No. 47 and also the 4th seed at the tournament.

Ricardas Berankis is yet to qualify for a quarter-final in 2021 season after having to bow out in the early rounds at the tournaments he has played at. He comes into the tie from the Miami Open 2021 where he lost in the R64.

This will be their 3rd meeting with Berankis winning at Stockholm 2012 and Vinolas winning it at the Madrid Open in 2015. The head to head currently is tied at 1-1.

Vinolas has a better record on the clay surface and has also defeated Berankis earlier on Clay itself. However, with Berankis’s current form, a tight contest is definitely on the cards as both the players will be looking to go ahead on the head to head and also prepare for the upcoming clay tournaments.