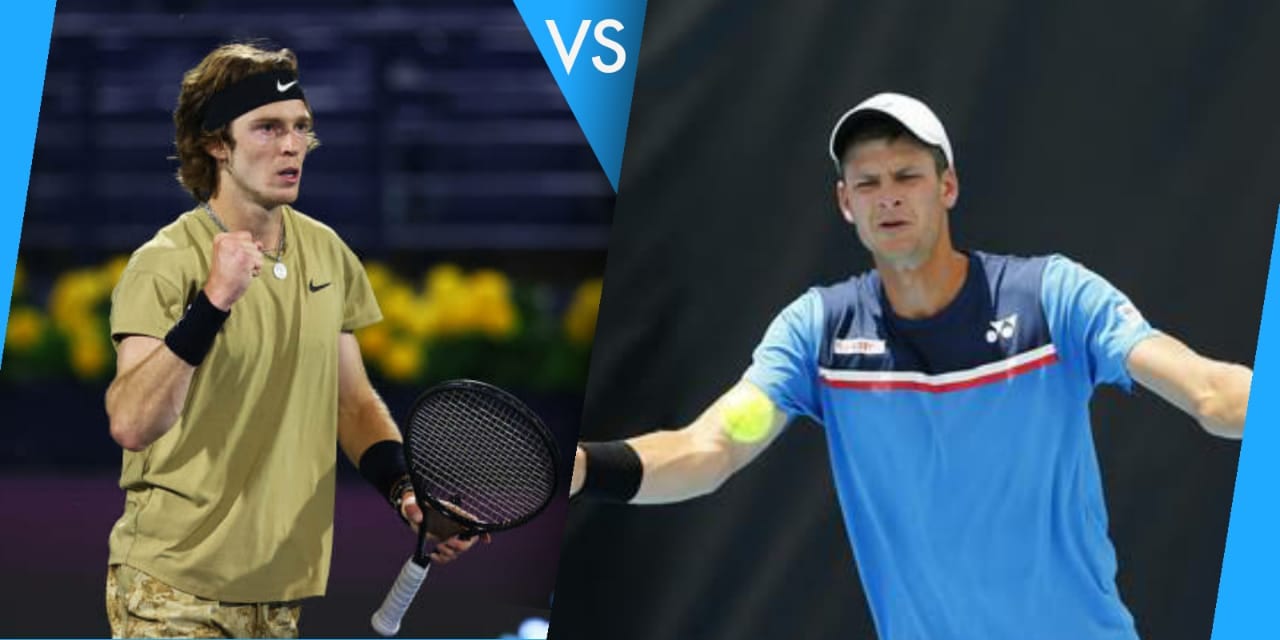 Andrey Rublev will take on Hubert Hurkacz in the Semi-Finals of the Miami Open 2021. Rublev is currently the World no.8 on the ATP rankings and Hurkacz is the World no.37.

Rublev is the only top.10 player left in the competition. The fourth seed from Russia has won a trophy, Rotterdam Open, and been good on the tour this year. At the Miami Open 2021, he had a bye in the first round. In the second he beat Tennys Sandgren, and got the better of Márton Fucsovics in the third round.

He overcame Marin Čilić in the fourth round, and defeated Sebastian Korda, 7-5 7-6, in the Quarter-Finals. Rublev has looked comfortable and is yet to drop a set in the tournament so far. His Semi-Final opponent is Hubert Hurkacz from Poland. Hurkacz has set the tournament on fire.

After a bye in the first round, he beat Denis Kudla in the second. In the third round he beat sixth seed Denis Shapovalov in straight sets, 6-3 7-6. The fourth round saw him overcome the 12th seed Milos Raonic in three sets, 4-6 6-3 7-6. But his biggest victory thus far has come in the Quarter-Finals against second seed Stefanos Tsitsipas, who he beat 2-6 6-3 6-4.

Rublev and Hurkacz have met just once on the tour before, at the ATP Rome masters. Hurkacz won that contest in three sets,7-6 3-6 6-2, hence he leads the head to head 1-0.

Rublev has lost to Hurkacz before but that was last year. Since then Rublev has picked up his game a couple of notches and in the last month or so has played some exhilarating tennis. The way he tacked the big hitting Korda was for all to see. Hurkacz is a big serving, big hitting player just like Korda, and he will have to play out of his skin to get past Rublev.