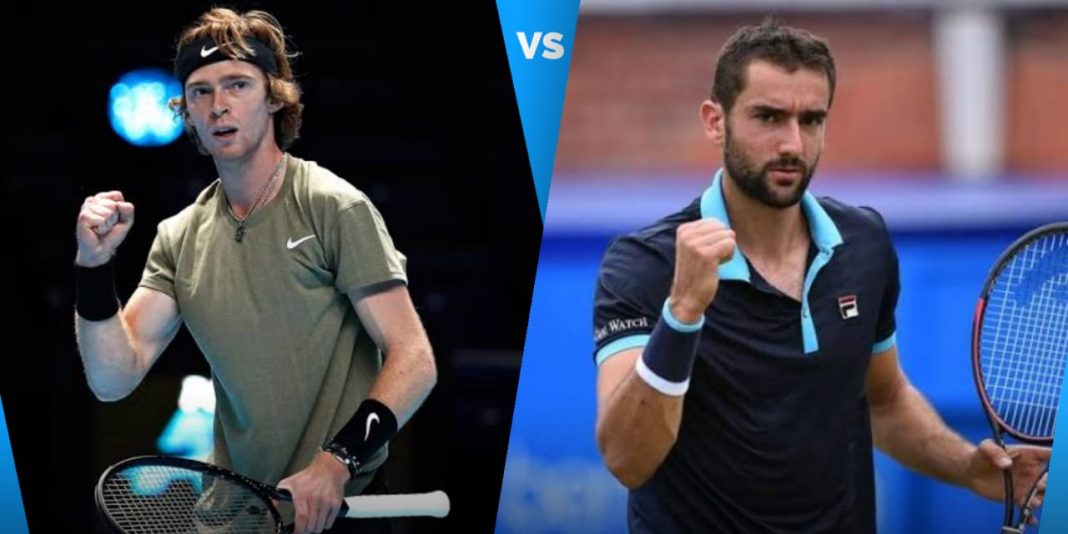 Andrey Rublev and Marin Cilic will meet in the fourth round of the ATP Miami Open, 2021. Rublev will have an upper hand while coming into the 4th round of the tournament.

Russian Andrey Rublev, the fourth seed in Miami, has been in top form for quite some time. The Russian won the Rotterdam Open at the start of the month, before making the semifinals at both Qatar and Dubai. He also reached his maiden Australian Open quarterfinal earlier this year.

In Miami, Rublev has played some magnificent form too. He hasn’t dropped a set yet, neither a game. He has given away just six games across his first two matches combined, against Tennys Sandgren and Marton Fucsovics.

His opponent, former World No.3 Marin Cilic has had a far tougher tournament in comparison to Rublev. Cilic was the winner of the 2014 US Open but isn’t anywhere near to his best currently.

His first two matches, against Federico Coria and Cristian Garin, both went to three grueling sets. However, Cilic found his own against Lorenzo Musetti in the Round of 32, winning 6-3, 6-4.

This will be the fourth meeting between the duo. The Russian leads the H2H 2-1. They last played at Moscow in 2019 where Rublev won in straight sets.

Andrey Rublev is just in better form and he will move Cilic around so much so that he may not be able to handle the speed of Rublev’s game.

Cilic, however, will be fairly confident himself ahead of this match. Having registered three wins in a row after a long time, the Croat will be hoping to continue the momentum on Tuesday.

But the Russian’s groundstrokes are looking strong and accurate, while his movement has also been phenomenal. Expect him to win comfortably.