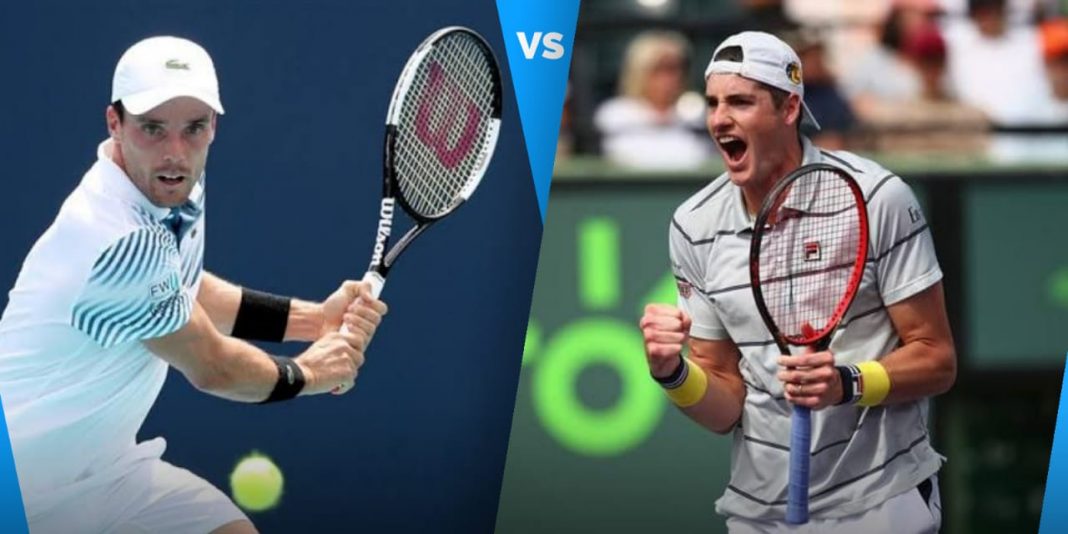 John Isner and Roberto Bautista Agut will meet in the fourth round of the ATP Miami Open, 2021. Isner may have a slight upper hand while coming into the 4th round of the tournament based on his previous records.

American giant John Isner lost his first set of the tournament to compatriot Mackenzie McDonald, but came back strongly to win 2-6,6-3,7-5. He then took out youngster Felix-Auger Aliassime in straight sets, winning 7-6(5),7-6(5).

This is Isner’s third tournament of the year, after the Delray Beach Open and the Mexican Open. He was knocked out in his second match at both tournaments.

His opponent, Seventh seed Roberto Bautista Agut got a walkover in his first match. He had to endure a tough time against Jan-Lennard Struff in the second. The Spaniard lost the first set, but eventually made a comeback to win 4-6, 6-3, 6-2.

It is to be noted that Isner’s performances in Miami have been exceptional in recent years. He won his first and only ATP 1000 title here in 2018, and made the final once again the following season.

This will be the 5th meeting between the duo. The H2H stands 3-1 in favor of the American. While all their fixtures up until that point were closely fought, Isner won their last meeting in straight sets at Miami 7-6(1), 7-6(5).

On paper, Bautista Agut is significantly high placed than Isner. But he is by no means the outright favorite for this match. Isner has a solid record, both at this tournament and against Bautista Agut.

As always, Isner’s serve will be big and he won’t lose serve games easily.  The American has already slapped 31 aces in two matches at the tournament so far. Expect Isner to cruise in a tight match.