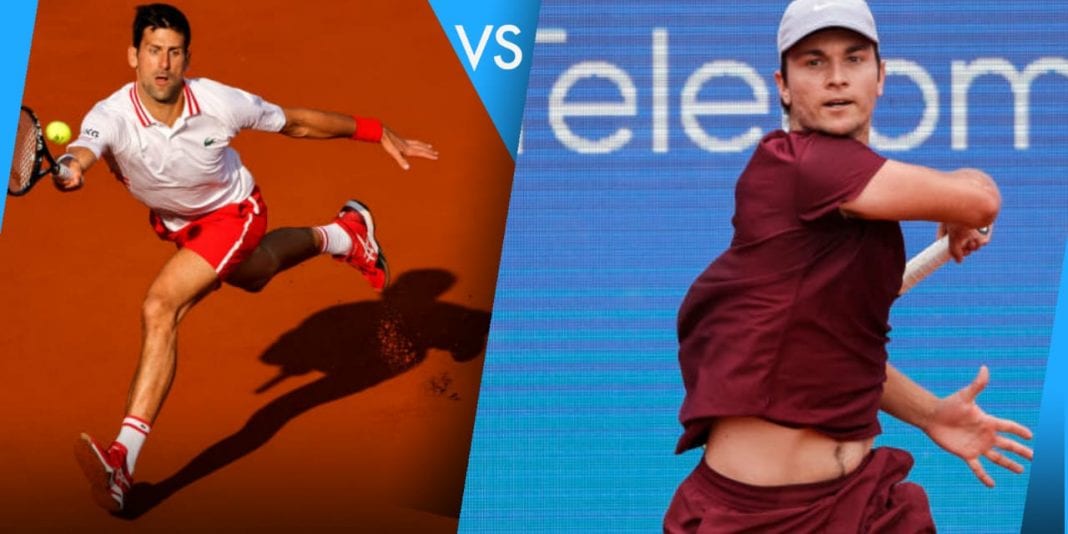 World No.1, Novak Djokovic will take on the World No.47, Miomir Kecmanovic in the quarterfinals of the 2021 Serbia Open on April 23.

The senior Serb comes into this match with a decent win over Soonwoo Kwon in the opening round. He might have lost early in Monte Carlo to Dan Evans, but that can be ascribed to his drop in level. Once again, Djokovic is the overwhelming favourite to win the title, with no obvious threat, but the 18-time Major winner won’t be taking anyone lightly. The opportunity to add another 250 points to his tally will further propel Djokovic to remain unbeaten in Belgrade this week.

Meanwhile, the 21-year-old will be encouraged by the fact that he has spent adequate time on the clay in 2021. Although he lost early in Cordoba and Monte Carlo, he made the semis of Buenos Aires in March, where he was downed by Diego Schwartzman. Kecmanovic walks into this contest having beaten two qualifiers in Facundo Bagnis and Arthur Rinderknech. For the year, Kecmanovic has a 4-3 win/loss record on clay.

These two have never met on the tour before. This will be their first ever meeting and it will be a special one, in front of their home crowd.

Djokovic might have shrugged off his rustiness in Monaco and should get back to his zone very soon. If the 33-year-old starts firing from the baseline, there is little the 21-year-old can do. Kecmanovic can only hope that his senior pro drops his level to make some in-roads. This match should be done pretty quickly.