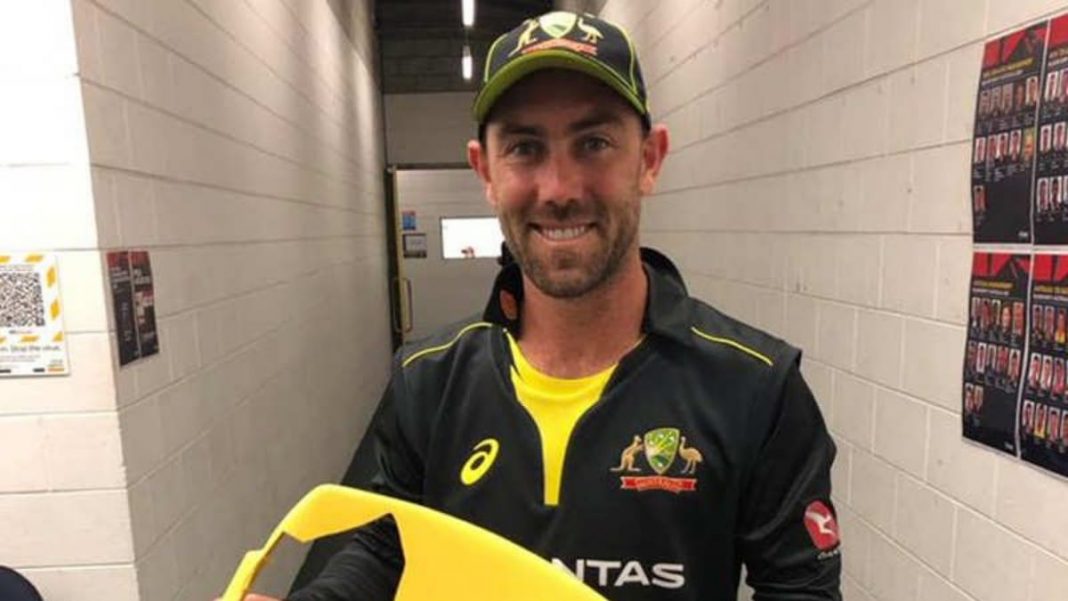 Australia star all rounder Glenn Maxwell’s knocked a 31-ball 70 and dismantled the Kiwi bowlers in the third T20. One of his sixes broke a seat in the stands as he smashed 28 runs off a James Neesham over. Maxwell regained his form back in the third T20I and launched two mammoth sixes in the said 17th over.

One of those two sixes ended up breaking a seat at the Westpac Stadium in Wellington. The seat which Maxwell destroyed during his knock against New Zealand will be put up for auction now. After the game, Maxwell signed the seat so it can be auctioned off for charity.

Australia was helped by  Aaron Finch, Maxwell and Ashton Agar’s performances, which helped them bounced back in the series with a comfortable win over New Zealand.

Australia had posted 208/4 from their 20 overs with the help of half-centuries from Finch and Maxwell, and a quick 43 from Josh Philippe.

Chasing a mammoth 209 New Zealand in response was 109/3 at one stage. But Agar bowled a game-changing over and picked six wickets to bundle out the hosts for 144.

Agar turned the game in Australia’s favour with three wickets in the 13th over. New Zealand now lead the five-match series 2-1.

Also Read: “You have to be prepared from ball 1 in a T10 game” – Co-partner of the Qalandars, Saleem Karsaz speaks on T10 league, Shahid Afridi, Pakistani cricket and much more | Firstsportz Exclusive