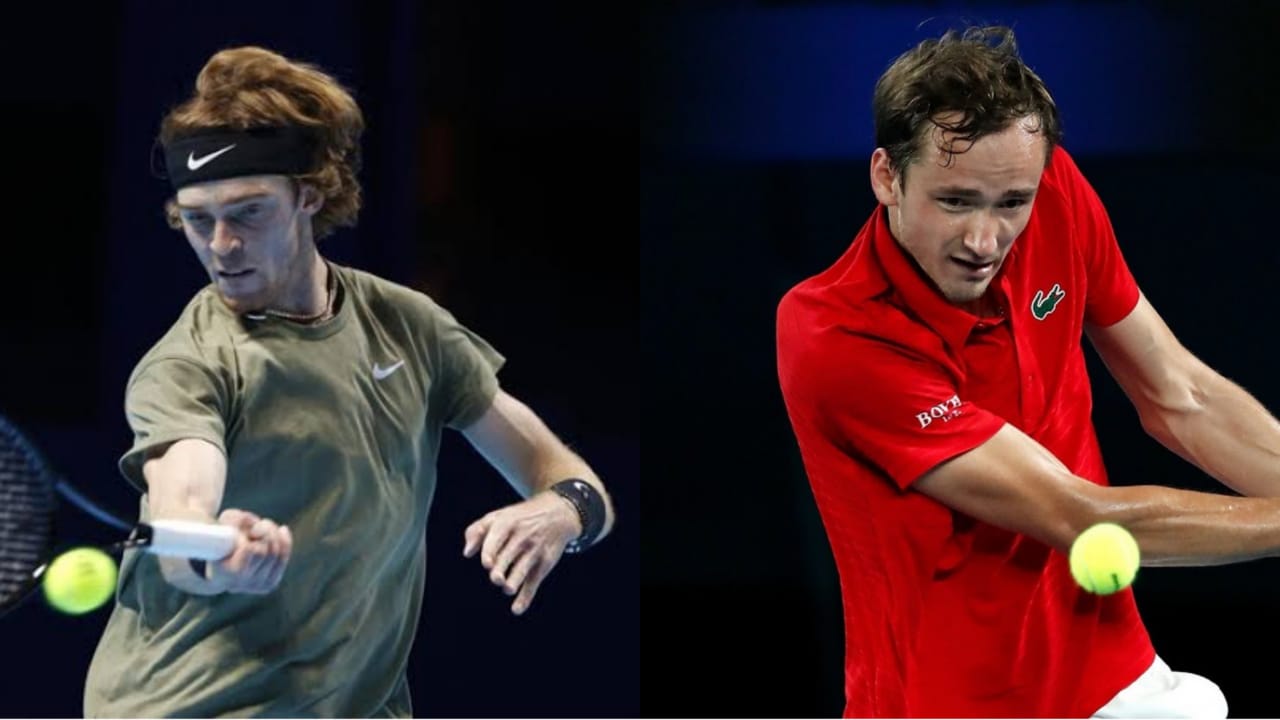 Two weeks ago, two people who helped Russia clinch the ATP Cup 2021, will be up against each other vying for the semifinal spot at the Australian Open 2021. 4th-seed Daniil Medvedev will lock horns with countrymate and 7th-seed Andrey Rublev in a cracker of a last-eight encounter.

Rublev has been in phenomenal form in the tournament so far, yet to lose a set in four matches. In the fourth round, the 23-year old was leading 6-2, 7-6 against 24th-seed Casper Ruud before getting a walkover owing to the injury to Ruud.

On the other hand, Medvedev’s unbeaten run in 2021 continues. The 24-year old had an easy outing against Mackenzie McDonald in the Round of 16 contest as Medvedev sailed past McDonald in straight sets 6-4, 6-2, 6-3.

Prior to their meeting in Melbourne, the two players have faced each other thrice and Rublev is yet to defeat Medvedev in those three meets. Therefore, Medvedev leads the head-to-head record 3-0. The last time they played against each other was the quarterfinal of the US Open 2020, where Medvedev came through his compatriot in straight set 7-6, 6-3, 7-6.

The kind of form both players are in, it is really difficult who is going to make it to the last-four stage. Purely on the basis of experience, it should be Medvedev who emerges out of this encounter as victorious. Having said that, there is no doubt whatsoever that anything less than a five-set match would be a real shame. It is going to be that sort of a match where you will fall short of your nails!