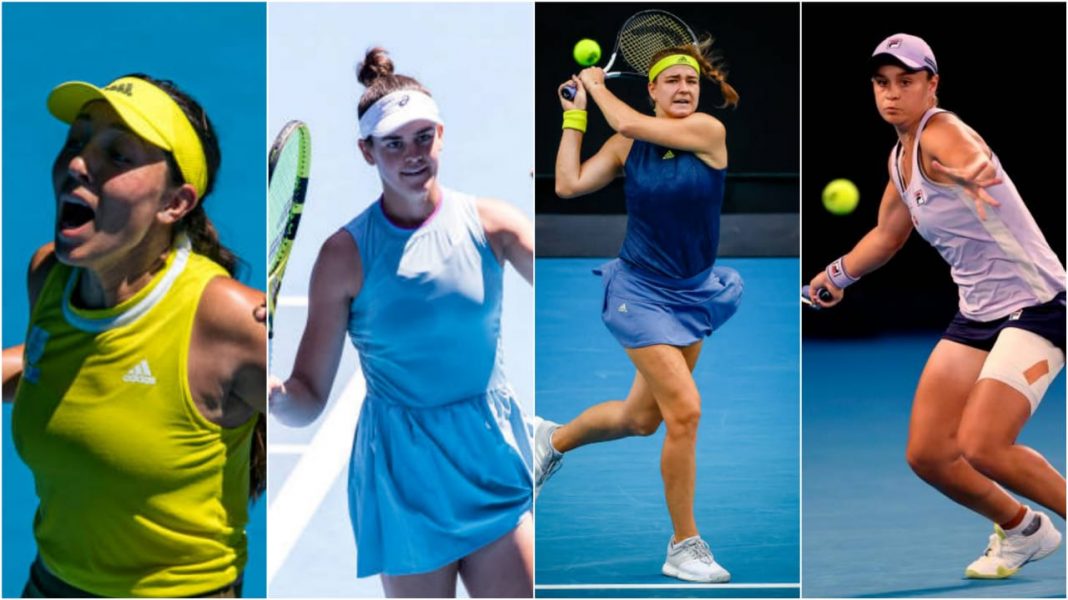 Home favorite Ash Barty cruised into the Quarter-Finals at Australian Open 2021 along with Karolina Muchova, Jennifer Brady and Jessica Pegula.

It is proving pout to be a dream for American Jessica Pegula as she produced a shock win to knock out fifth seed Elina Svitolina and reach the quarter-finals of the Australian Open in Melbourne.

World no.24 Jennifer Brady set up an Australian Open quarter-final meeting with her fellow American Jessica Pegula with a 6-1, 7-5 win over Donna Vekic.

With this win, Brady has reached her first-ever Australian Open quarter-final. Vekic, who was visibly injured, fought hard in the second set after a medical time out but was ultimately undone by a poor first set, which was defnied by unforced errors and double faults.

Czech Karolina Muchova recovered from a shaky start to defeat Belgian Elise Mertens 7-6 (5), 7-5 and reach the last eight of the Australian Open on Monday. The 25th seed was down 0-4 in the opening set but then found her range at Margaret Court Arena and soon got back on level terms before taking the opener in the tiebreaker.

World no.1 Ashleigh Barty secured a 6-3, 6-4 win over Shelby Rogers in their fourth-round match at the Australian Open on Monday.

The hot favorite was untroubled for most parts of the match and while she was broken the first time, she tried to serve for it in the eighth game of the second set, she didn’t miss the second time around. She will face Karolina Muchova in the Quarter-Finals.