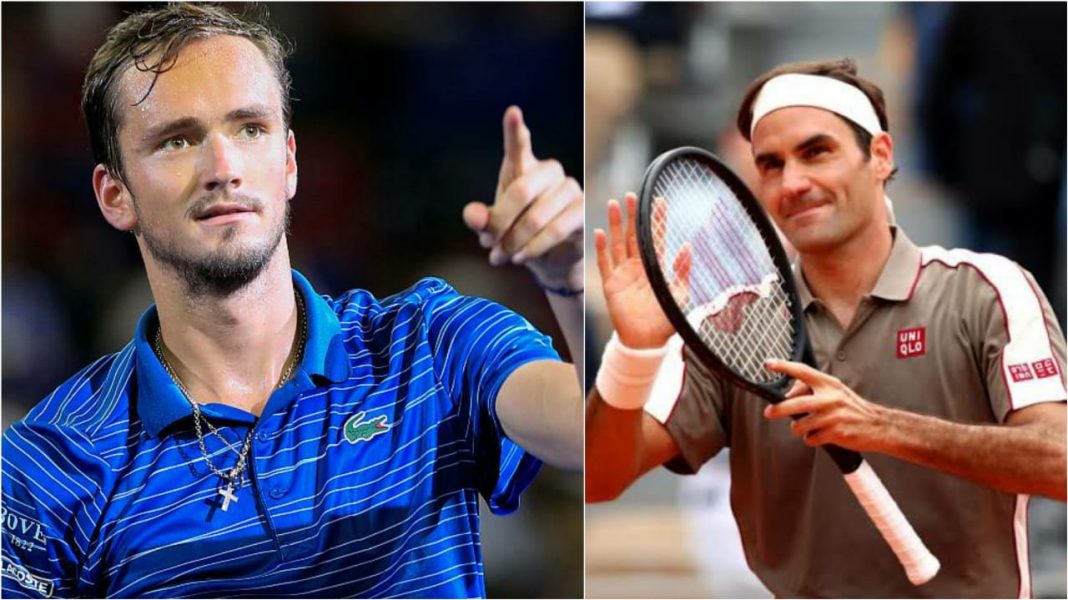 Daniil Medvedev has been in red hot form over the course of the last four months as he has notched up a whopping 20 consecutive wins. His latest win was in the all-important semi-final of the Australian Open 2021 against Stefanos Tsitsipas whom he eased past in straight sets. He has been in ruthless touch ever since the tennis season restarted after the COVID-19 pandemic and it won’t be a surprise if he ends up winning the Australian Open.

He will face Novak Djokovic in the final on Sunday and if his recent form is anything to go by, he could be in with a shout to beat the Serb. Further, Medvedev already defeated Djokovic at the ATP World Tour Finals in November. He has also beaten each and every player in the top 10 of the rankings in the last four months alone with the exception of Roger Federer who hasn’t played a game during that period.

Daniil Medvedev speaks on not being able to face Roger Federer

Medvedev was informed about his record against the top 10 in the last four months at a press conference after his win over Tsitsipas and he cheekily replied, “It’s a pity that Roger Federer is not playing, I would love to play him. I’m not saying anything… I would just love to play him, as with all the Big 3,” Medvedev said.

Federer has a perfect record against Medvedev having won all 3 matches they’ve faced off in. However, given Medvedev’s scintillating form at present, the Russian could prove to be a tough nut to crack for the Swiss maestro.

Medvedev could be a Grand Slam champion by Sunday when he faces Novak Djokovic in the final.