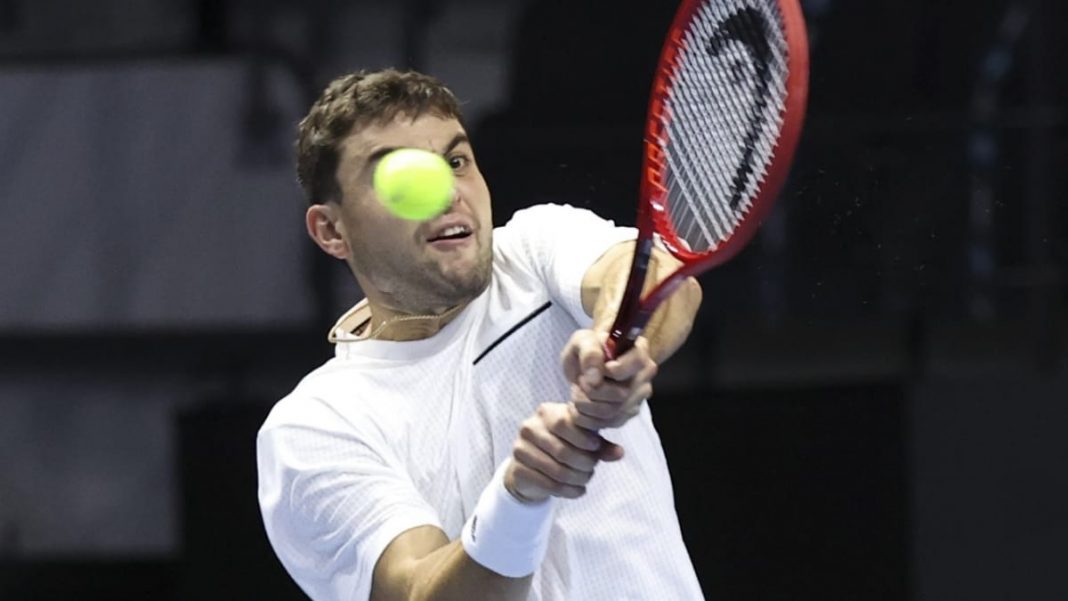 In what can be considered as a great feat, Aslan Karatsev reaches the semifinals in his Grand Slam debut. He came in Australia to play in a first Grand Slam main draw for the first time, and he’ll leave owning a piece of history.

The 114th-ranked qualifier from Russia become the first man in the professional era to reach the semifinals in his Grand Slam debut when he beat 18th-seeded Bulgarian Grigor Dimitrov 2-6,6-4,6-1,6-2.

Dimitrov looked sharp early, but at the beginning of the third set he began to show severe limitations in his service motion and movement, handing a perfect chance to the Russian which he capitalized.

“It was really tough in the beginning for me, to hold my nerves”: Aslan Karatsev

The Russian will now take on either world number one Novak Djokovic – another star struggling through a persistent injury – or sixth seed Alexander Zverev in the semi-finals.

In the post-interview, he said that he was nervous before the match and didn’t knew Dimitrov had a bit of injury.

“It was really tough from the beginning for me to hold the nerves. It was really tricky,” Karatsev said. “I tried to find a way how to play and then in the third set he felt the back.”

There is a possibility for an All-Russian final on Sunday and Karatsev was asked the same. He respnded: “I try not to think about it I try to think like to play every match they’re going from match to match.”