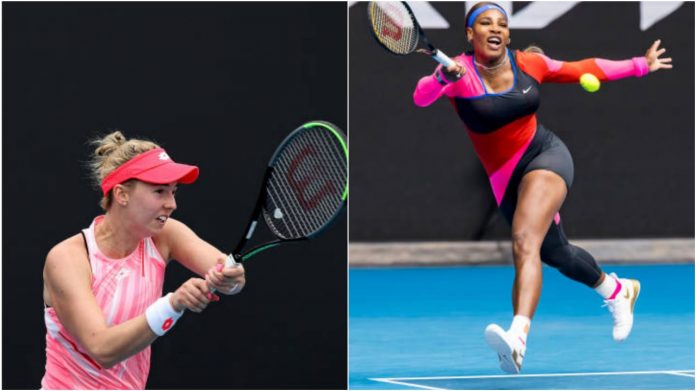 American veteran Serna Williams is a big favorite to win the tournament and her record 24th major. And it was never meant to be too much of a test for her as she kick-started her campaign with a straight-sets win over Laura Siegemund.

But the manner in which she thrashed her opponent should send out warning signals to everyone else. After getting broken in the very first game, Serena came back and won the match 6-1, 6-1.

Her opponent, Nina Stojanovic is ranked just inside the top 100 of the world. The Serbian is coming off a fantastic straight-set win over Irina-Camelia Begu. She defeated the Romanian 6-3, 6-4.

The two players haven’t met on tour yet. This will be their first meeting and the American is the clear favorite to win it. The H2H stands at 0-0.

The American is in great form which was evident in her first-round win. And it would need someone of a solid pedigree to get past her. Stojanovic might not have the gameplay needed to match Serena’s aggression on the court. Expect Williams to win comfortably.

Lakshya Chopra - June 16, 2021
About a fortnight back, the tennis world was shook by Naomi Osaka's decision to pull out from the French Open before her second round...