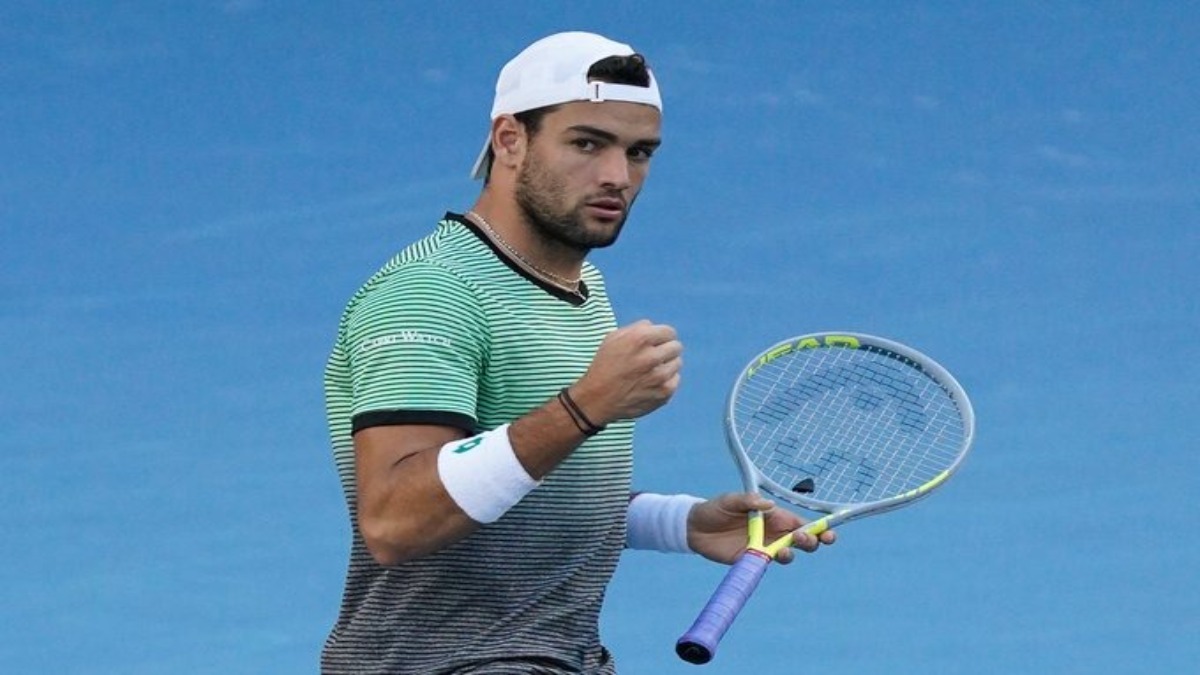 Greece’s Stefanos Tsitsipas set up a mouth-watering quarter final clash against Rafael Nadal after his opponent in the fourth round, Matteo Berrettini withdrew from the clash with an injury. Berrettini had suffered the abdominal injury during his win over Karen Khachanov in the third round on Saturday. He had to take a long medical time-out during the match but was able to carry on.

“Abdominal … I felt it during the previous match against Khachanov and it’s worse than I thought so I cannot play,” Berrettini said about his injury and withdrawal.

Meanwhile, another fourth round match ended in a walkover as well. In the encounter between Russian Andrey Rublev and Norwegian Casper Ruud, Rublev was looking in prime form and had taken the first set. Ruud then had to receive treatment during the second set for a stomach muscle injury. He clearly looked extremely troubled by the injury as he allowed Rublev to come back in the second set from a difficult position.

By the time the second set ended with Rublev winning the tie-breaker, Ruud decided that he wasn’t able to continue and retired thereby allowing the Russian passage to the quarter-final where he will face fellow Russian Daniil Medvedev.

Also Read: Australian Open 2021: “Important victory for my confidence”, Nadal after his 4th Round win