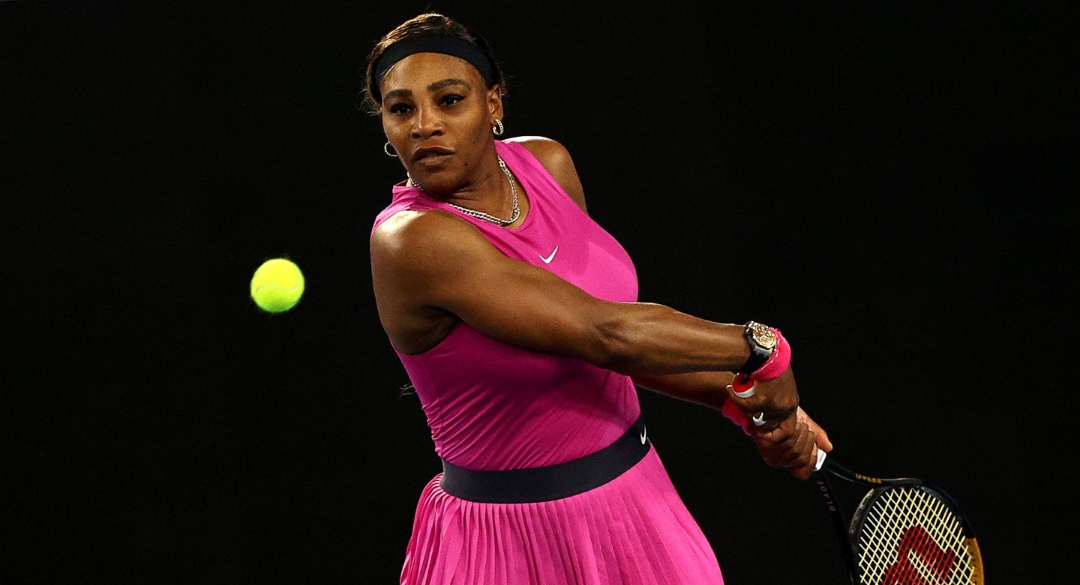 American veteran Serena Williams overcame world No. 2 Simona Halep in the quarter-final at Australian Open to set up a blockbuster semifinal clash with Naomi Osaka.

The 23-time grand slam champion put in a dominant performance against the Romanian, winning 6-3 6-3, on Tuesday at Rod Laver Arena.

It will be the 40th grand slam semifinal of Williams career as the 39-year-old looks to equal Margaret Court’s record of 24 career grand slam victories.

“It definitely keeps my anxiety down a lot”: Williams on not having a crowd

The beaming smile which greeted victory, along with her excited demeanour in the on-court interview, indicates Williams is in a relaxed mood at Melbourne Park.

“I definitely think this is the best match I’ve played this tournament for sure,” Williams said.

“Obviously I had to, going up against the No.2 in the world. I knew I had to do better and that’s what I did. I’ve been watching her and I’m sure she’s been watching me.”, she added.

“I feel like this is such a good opportunity for me just to keep doing my best. It’s the first Grand Slam of the year for me. I had an incredibly long, arduous off-season. And so, I’m honestly happy with every win I get.”

Williams said not having a crowd helps keep her anxiety levels down.

“It definitely keeps my anxiety down a lot, especially on match points because you don’t have to hear the crowd going crazy and gearing you up for the match point,” she said. “And as great as that is, it’s also like ‘Oh my god,’ I’m a little bit nervous.

“It’s kind of good to be able to play those points and close them out a little easier,” she added.

Williams will face Naomi Osaka in a blockbuster SF clash.