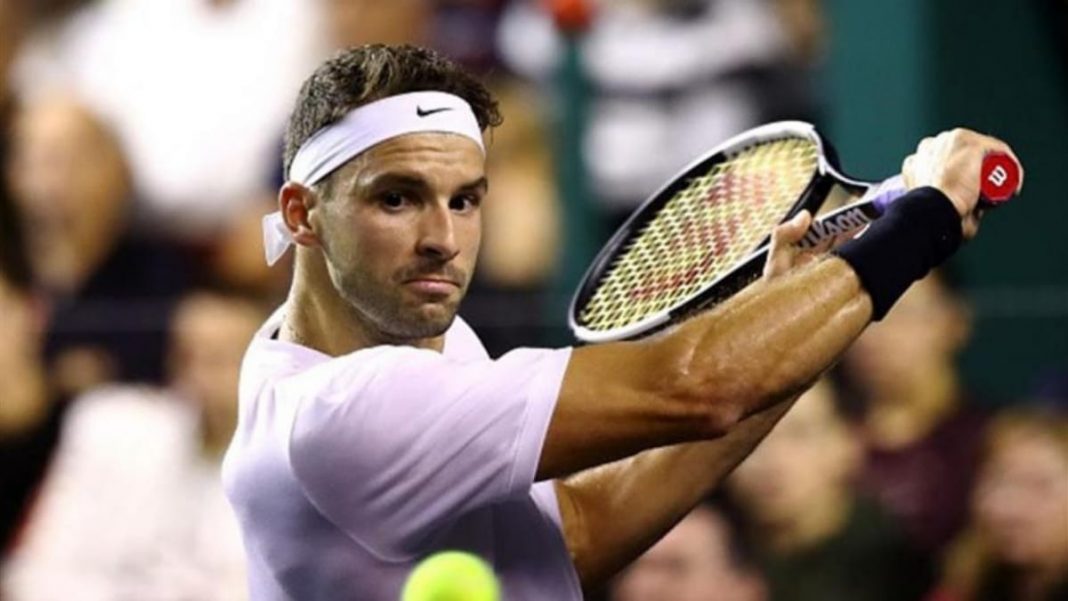 Aslan Karatsev became the first man in the Open Era (since 1968) to reach the semi-finals on his Grand Slam debut after the Russian qualifier beat No.18 seed Grigor Dimitrov 2-6, 6-4, 6-1, 6-2 on Rod Laver Arena on Tuesday.

But in his press conference, he confirmed that he suffered a back spasm on Monday, but it never crossed his mind to quit against Aslan Karatsev in their Australian Open quarter-final.

“I just got a back spasm yesterday at some point,” said Dimitrov on Tuesday. “We couldn’t fix it in time. [The pain started to happen again], early in the match [today]. It kept on progressing, and it was unstoppable… It started yesterday out of the blue.”, he said in the press conference.

“I felt I was on a good path. We’ve done great work. I was very positive and upbeat for whatever, whoever I had to play… Today, I couldn’t put my socks on before the match, so I knew it was going to be a tough moment for me. I tried, but it was not good enough. But he absolutely deserved to win.”

Grigor Dimitrov is one of the toughest competitor on tour and showed just that. He said that he didn’t want to quit before the match.

“I thought I could push through it,” said Dimitrov. “But at the end of the first set, my level completely dropped, I felt [it], even in important moments in the second set, like early on. He served good, made me play a lot, so that added extra stress to the body. I just thought to myself, ‘I will keep on trying’ and hoped things would get better because I’ve taken a lot of things before the match.

“I don’t like quitting… but you get stubborn. You’re a competitor. That’s what it is. I’m admitting my flaw. It’s just, when you’re on the court sometimes, you don’t think straight, and in that particular moment today, I just didn’t want to give up. I couldn’t give up. Plus, that’s just how I am.”

The Bulgarian went on to confirm that he had played matches in the past with cracked toes and other injuries, but never back spasms.

“I’ve had spasms in the back, but [it’s] never happened during a match. I’ve had times that I could take a couple of days off, but today I couldn’t say, ‘Hey, can we play tomorrow?’ I’m almost sure that it’s not like a massive injury, or anything like that, but it just requires a lot of specific work.

“Having a back spasm, everything goes through that part of the body, all rotation, reactions. I love moving around the court, but when I’m not capable to use my speed, my legs, my reaction, just everything becomes very insignificant. Whether you serve, hit a forehand or whatever, it’s just [like] electricity goes through your body.”, he concluded.