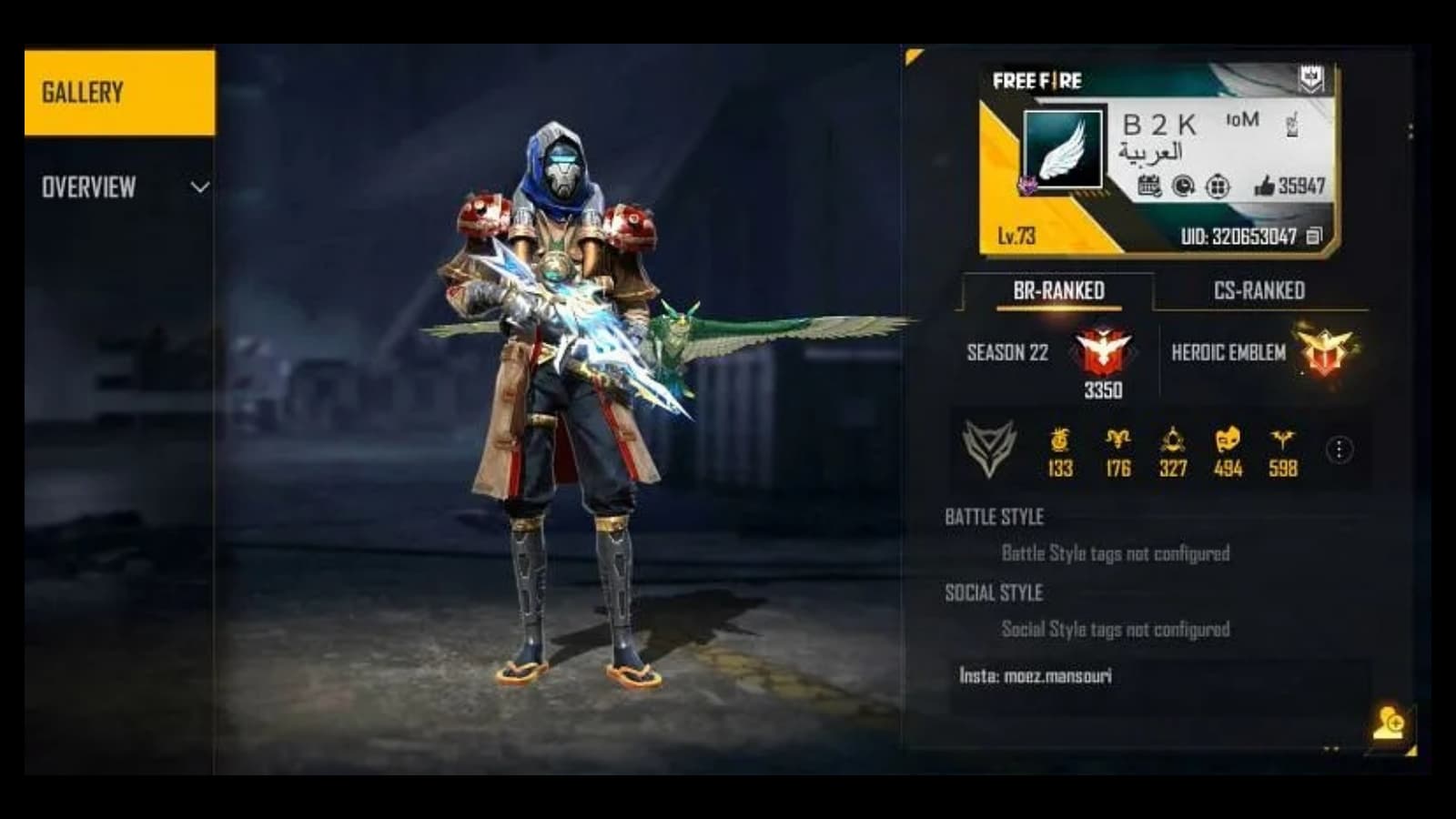 Free Fire is the most popular mobile battle royale title out there. The title has a very huge community of streamers worldwide with millions of subscribers and billions of views. B2K, aka Born2Kill, is one of the most well-known Free Fire content creators in the world. The Tunisian player is known for his exceptional skills and gameplay.

He has more than 7.87 million subscribers on his Youtube channel with almost 500 million views on his main channel. Here in this article we will take a look at B2K Free Fire Id, Stats, K/D Ratio and more for August 2021.