Virat Kohli‘s supremacy in terms of the International Cricket Council’s (ICC) rankings for batsmen in ODIs has come to an end as Pakistan captain Babar Azam has overtaken him to get to the spot. The 26-year-old Babar has been in stupendous form of late and he came good in Pakistan’s successful ODI series against South Africa. Despite a failure in the second ODI, his performance in the first and third ODIs saw him gain 13 points.

Babar Azam is currently on 865 points which is 7 points more than Virat Kohli. It is noteworthy that the Pakistani skipper had started the series with a total of 837 points. But, a century in the first match followed by a 82-ball 94 in the third and decisive ODI meant that he leapfrogged the Indian captain. With today’s release of the rankings, Kohli’s reign of 1258 days as the No. 1 ranked ODI batsman has come to an end.

Babar Azam is fourth Pakistani to reach No. 1 in ODIs

Babar Azam is just the fourth Pakistani player to reach the No. 1 spot in ODIs. The first to do so was Zaheer Abbas who held the position in 1983 and 1984. It was then Javed Miandad who was No. 1 in 1988 and 1989. The latest before Babar was Mohammad Yousuf who occupied the first spot in 2003. Babar is thus, the first Pakistani in 18 years to achieve the stellar feat.

Meanwhile, other Pakistani players have gained in the rankings after the successful series as well. Fakhar Zaman who came up with two stupendous hundreds gained five slots to occupy the seventh position. Shaheen Afridi has jumped from 15th to 11th while Mohammad Nawaz has broken into the rankings at 96th. 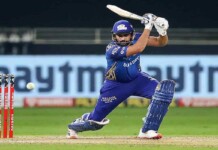